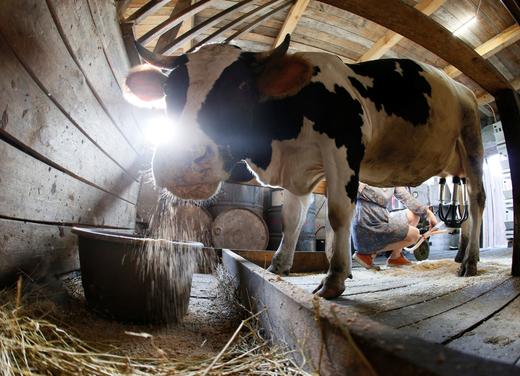 TODAY: Lavrov warns of decline of global US dollar trade; Turkey and Russia work on their friendship; US-Russia row over Open Skies Treaty; Udaltsov jailed for pension protests; Sentsov’s mother request his pardon; ruble 10% down on the dollar since July; 2019 oil production to set records.

Foreign Minister Sergei Lavrov is the latest official to speak about Russia’s intentions to stop using the US dollar as a trade currency. He says he backs non-dollar trade with Turkey, but there are no immediate plans for Russia and Turkey to drop the dollar in their transactions, and Lavrov spoke rather of a gradual, inevitable decline over time resulting from “the grave abuse of the role of the US dollar as a global reserve currency”. Russia and Turkey are working on closer ties now, having both hit by US sanctions this month. President Recep Tayyip Erdogan threatened to turn from the US to “new friends and allies”, such as Russia and Iran. Russia was not always a friend, explains Bloomberg, but recent circumstances have cemented their relationship: “Turkey’s decision to buy Russian S-400 surface-to-air missiles, an unprecedented move for a NATO member, was like a blood bond.” The Turkish Foreign Minister says Turkey has never supported anti-Russian sanctions. The latest US-Russia row is over the Open Skies Treaty. Reports claim that the US has moved to block funding for the international military surveillance treaty over Russian non-compliance, and that Russian officials subsequently slammed the US for breaking the treaty. The US denies that it is suspending participation, however. Why is Russia pursuing “disturbing” new space weapons, including a satellite destroyer? The US wants to know.

Sergei Udaltsov, the leader of the opposition movement Left Front, has been jailed for 30 days for taking part in last month’s protests against the government’s pension reform plan. A request by the mother of Ukrainian filmmaker Oleh Sentsov for her son to be pardoned has been rejected. The Kremlin says that under Russian law, the request for a pardon must come from the prisoner himself, and thus the news that he has been denied pardon “would probably be incorrect from a legal viewpoint,” said Dmitry Peskov. Sentsov has been on hunger strike for three months; a Ukrainian parliamentary speaker says Putin “knows that Oleh will never ask for clemency.”

The weakened ruble (which has lost 10% of its value against the dollar since the end of July) is affecting consumer spending power both at home and abroad, but many Russian blame the West, not President Putin, this piece claims. Russian oil production in 2019 is set to reach record highs. President Vladimir Putin is reaching out to Turkmenistan on energy issues.

PHOTO: Natalia Kurochkina milks a cow at her family dairy and cheese farm in the Siberian village of Sizaya, south of Krasnoyarsk, Russia, August 14, 2018. (ILYA NAYMUSHIN/Reuters)