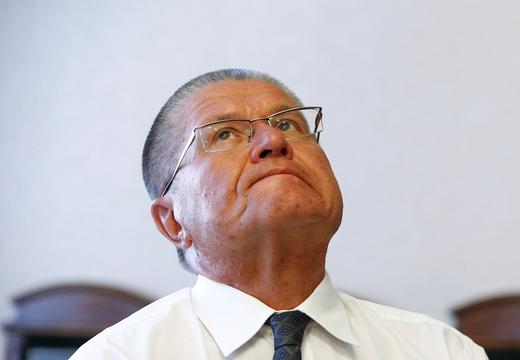 A criminal case has been opened against Economy Minister Alexei Ulyukayev for receiving a $2 million bribe in connection with the sale of a 50% stake in Bashneft to Rosneft last month. Ulyukayev takes the honour of being ‘the highest-ranking Russian government official to be arrested since 1991’.  Kremlin spokesman Dmitry Peskov acknowledges how serious the charges are.  Lake Baikal, which holds 20% of the entire world’s unfrozen freshwater, is being taken over by toxic algae to the extent that locals are no longer able to drink their tap water during blooms.  Factory workers in Krasnodar have been blocked from their online community on social networking site VKontakte after using it to organise a protest.  Russia’s rating on the World Internet Freedom Index has fallen again, for the fourth year running.  The Investigative Committee has opened a criminal case against two activists who protested the construction of a church in Moscow, accusing them of ‘offending the feelings of religious believers’.  In the first official acknowledgement of potential fraud during the September parliamentary elections, police in Mordovia said they found evidence of criminal fraud at polling station number 591.

President Vladimir Putin and US President Elect Donald Trump held their first telephone conversation yesterday, discussing the need to cooperate on US-Russia relations and normalise ties.  (The Central Bank is not anticipating that sanctions will be lifted any time soon.) A Newsweek think piece from earlier this week ponders the likelihood of Donald Trump as a Russian instalment.  Reuters considers the advantages of a Trump presidency over a Clinton presidency, at least in terms of Russian relations; Russia is suspicious of Trump’s pre-election promises to cooperate with it in Syria.  The BBC reviews some of the major Russian headlines and press coverage of the US elections.  Foreign Minister Sergei Lavrov is outraged that the president of the World Chess Federation was refused a US visa.

President Vladimir Putin warned German Chancellor Angela Merkel that Ukraine may be planning to siphon off Russian gas destined for Europe during this next winter.  Poland is planning to build a new volunteer defence force to protect it from Russia.  Did you know that Sberbank is one of Uber’s investors?