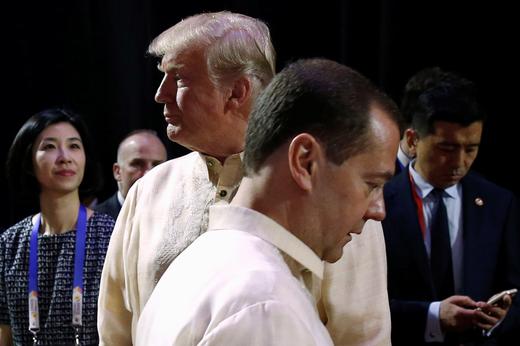 The Kremlin’s Energy Ministry sent instructions to 45 major companies last month, including Rosneft, Lukoil, and Novatek, demanding that they supply good news stories about new jobs, scientific achievements, and new infrastructure. A weekly deadline was given for submissions, with examples, and suggested themes of “life is getting better” and “how things were vs how they are now”. Prominent political scientist Gleb Pavlovsky called the demand an “idiotic practice”. Rosneft will invest more than $2 billion in Egypt’s Zohr gas field in the next four years. The company is Russia’s “national champion” with a growing appetite for foreign acquisitions, but its massive debt levels, accrued due to its aggressive stance towards growth, make it unpopular with investors. The Ministry of Defence posted “irrefutable proof” that the US is assisting Islamic State, using images taken from a video game. The ministry said the photo was attached by mistake. The Ministry says it will investigate the incident.

More analysis has emerged about Russia’s disappointing GDP growth this quarter, with numbers well below Prime Minister Dmitry Medvedev’s expectations of 2%, bringing annual GP growth down to just 1.8%. Medvedev has accused the European Union of purposefully complicating its implementation of the Nord Stream-2 gas pipeline project, following the EU’s Commission proposed extending internal energy market rules that would apply to the pipeline. Medvedev defended the pipeline as “a regular commercial project, aimed at safeguarding Europe’s energy security”. Having met US President Donald Trump at the ASEAN summit earlier this week, Medvedev called him an “open and well-meaning person”.

A Kremlin “troll soldier” who went by the handle SouthLoneStar managed to stir up a fair amount of fake news with his anti-Muslim tweets after London’s terrorist attack in March of this year. Researchers found that 419 Russian troll accounts attempted to influence the UK’s Brexit vote.