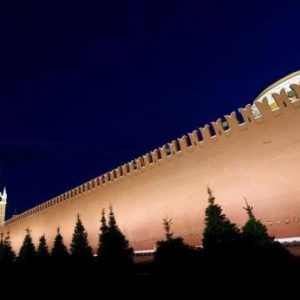 A first meeting between President Vladimir Putin and U.S. President-elect Donald Trump is in the works, to be held in a ‘neutral’ European country within a few months, says this piece; in Reykjavik, within a few weeks, says another.  But Kremlin spokesman Dmitry Peskov denies that it has even been discussed yet.  Trump says he will offer to end anti-Russia sanctions (which were extended for one year by outgoing President Obama on Friday) in exchange for a substantial reduction in nuclear weapons.  Germany will use new methods to fact check fake news stories ahead of an election that many anticipate that Russia will be targeting heavily.  Masha Gessen writes on the increasingly difficult task of reporting facts.  BBC Worldwide is investigating the leak of the final episode of popular television drama Sherlock, which it says originated from Russia and was designed to harm the British broadcaster. Russia was kicked out of the G8 group of industrialised nations more than two years ago, but it says it has no intention of rejoining. Arguing that the G20 has replaced the G7 and G8 formats, Prime Minister Dmitry Medvedev said, ‘It is clear what this Group of Seven means without other major economies. Nothing.’

The secretary of Russia’s Security Council says Russia is aware of a ‘significant increase’ on cyber attack attempts on Russian information systems.  A British Labour MP claims Russia is targeting U.K. politicians in a bid to gather compromising details about their private lives.  A Western journalist recalls the times he was the target of Russia attempts to compile kompromat on him and his colleagues.  Russia is expanding its naval and air bases in Syria.

Greenpeace activist Peter Willcox describes how Russia’s treatment of the Arctic 30 in 2013 has affected the organisation.

PHOTO: A general view shows the Spasskaya Tower and the Kremlin wall in central Moscow, Russia, May 5, 2016. (REUTERS\SERGEI KARPUKHIN)