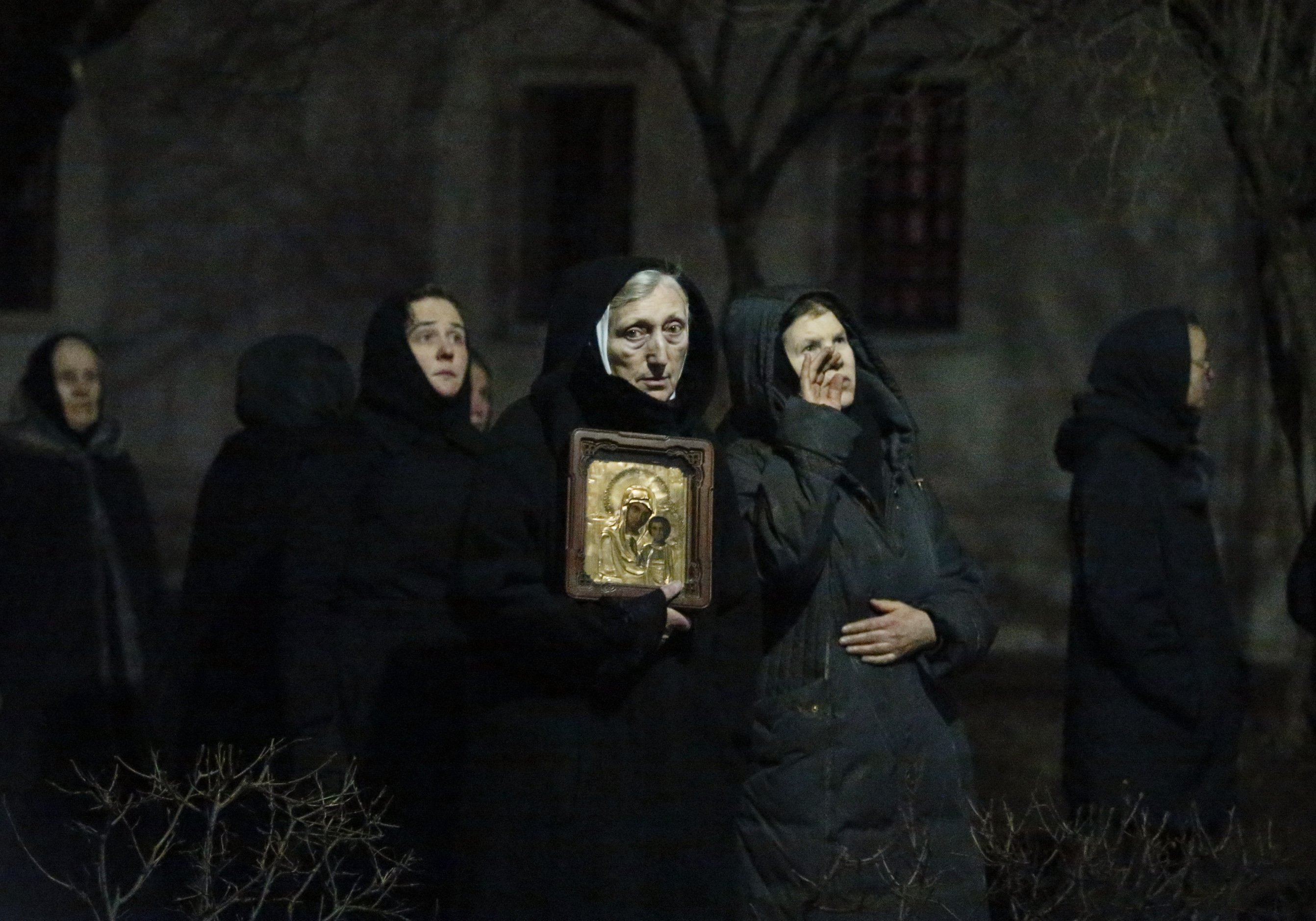 Speaking in a documentary titled ‘Crimea: Path to the Homeland’, President Vladimir Putin said that Moscow had been ready to put its nuclear forces on alert to ensure the success of Russia’s annexation last year; and that Russia saved former Ukrainian president Viktor Yanukovich’s life.  He also said that he personally directed the takeover of Crimea.  Chinese Premier Li Keqiang says China will not say whether it considers Crimea to be a part of Ukraine or Russia.  One year on from Russia’s annexation of Crimea, the BBC looks at what has changed there since; the Moscow Times counters U.S. Assistant Secretary of State Victoria Nolan’s claim that Crimea is ‘suffering a reign of terror’.  A rock concert is to be held in Moscow’s Red Square tomorrow night to celebrate the anniversary.  But will Putin be there?  The rumours about his whereabouts continue, ranging from a case of the flu to new fatherhood duties. He is reportedly due to meet with his Kyrgyz counterpart today to strengthen trade and investment ties.  A sharp piece of analysis by Stratfor suggests that Putin’s absence from public life may have something to do with the fact that the defense minister and heads of the FSB and Federal Protective Service were all in Crimea last week. ‘We have been reduced to very old methods to try to figure out what is going on. That alone is significant.’

A report that opposition leader Boris Nemstov was working on before he was killed is due to be released next month, according to Ilya Yashin.  Novaya Gazeta says investigators have found a sustained effort by Chechen security forces to track and target Nemtsov and other prominent opposition figures, thus ‘rais[ing[ the prospect of Kadyrov’s direct involvement as part of his strategy to keep himself indispensable to the Kremlin as a force of violence against the regime’s opponents.’ Former Polish PM and E.U. council president Donald Tusk says the Minsk agreement must be completely adhered to before any easing of sanctions, and that it is part of Putin’s policy to have enemies, ‘to destroy them and to be in conflict’.  Ukrainian President Petro Poroshenko says the ceasefire is not being respected by pro-Russian separatists.  Ikea says it will shut down its lifestyle website over fears that it breaks the law prohibiting the promotion of ‘propaganda of non-traditional sexual orientation’ among minors. Karen Dawisha’s book ‘Putin’s Kleptocracy’ is not available in the U.K. due to fears of legal action.

The FT looks at how Gazprom has attempted to change its relationship with Europe in recent months.  VTB’s profits are being ‘demolished’ by interest rates.  Central Bank policies indicate that the declining economy is currently a more serious concern than high inflation. Siberian-born writer Valentin Rasputin died on Saturday, aged 77.