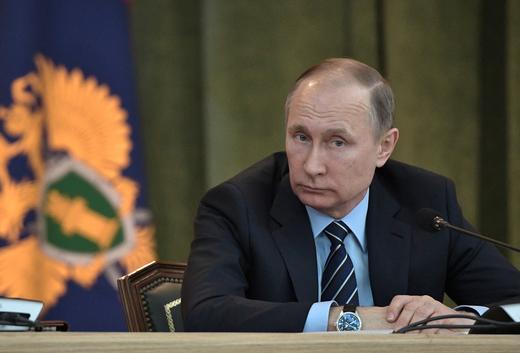 The US has brought hacking charges against two Russian intelligence officers, for the first time ever, as well as two Russian hackers, alleging that they had been hacking the private information of millions of webmail customers using Yahoo, Google, and other platforms, from 2014 to 2016. Violence in Libya has reached a three-year high, “raising the temperature on US claims of increasing Russian influence in the country”, as the Guardian puts it. The Moscow Times comments on the news that Russia is assisting the Libyan National Army general Khalifa Haftar. “Moscow’s military foray into Libya makes sense from a policy perspective. If Haftar wins out in Libya and restores a Gaddafi-light dictatorship there, it would be a stunning reversal of the 2011 Libyan uprising and the Western military intervention that toppled the dictator over Russian objections. What could be a better demonstration of Russia’s ability to thwart Western efforts at regime change and democracy promotion?” The Guardian reports on Fem Fest, Moscow’s first feminist festival, which was held last week, focusing largely on domestic violence and the treatment and perception of rape victims by the police and in social commentary.

In response to ongoing violence in eastern Ukraine, Kiev is to impose sanctions on the subsidiaries of five Russian state-owned banks present in Ukrainian territory (with a combined market share of 8.6%). The contents of Russia’s only state-run Ukrainian language library are quietly being incorporated into Russia’s main foreign language library, with employees alleging that the move is a closure in all but name. Moscow’s ties with Belarus are showing their strain after Belarusian President Alexander Lukashenko ordered the country’s top customs experts to leave their posts at the Eurasian Economic Union, as part of his ongoing resistance to its new customs code. Sergei Aksenov, the head of Crimea, is calling for Russia to reinstate the monarchy.  Vladimir Putin’s spokesman Dmitry Peskov dismissed the notion as a “personal opinion”, saying it would be “absurd” to associate the opinion with Aksenov’s political position.

Oksana Sevastidi, the woman convicted of treason in 2015 and subsequently pardoned by Vladimir Putin says she loves her president and that he is “always making magnanimous gestures, and is helping Ukraine and Syria”.  Sevastidi’s lawyer says she was pressured to ask for clemency, a request that requires an admission of guilt.

PHOTO: Russian President Vladimir Putin attends a meeting of the Board of the Prosecutor General’s Office in Moscow, Russia, March 14, 2017. (SPUTNIK)