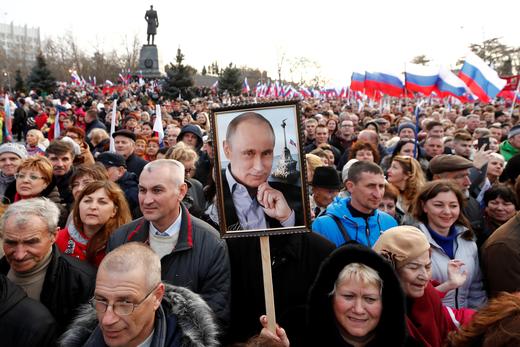 The US announced new sanctions against 19 Russian individuals for 2016 election meddling, but also, uniquely, for cyber attacks targeting the US power grid. No oligarchs or government officials were included in the new measures; a former White House official says they look like “a calculated move to do as little as possible” in the wake of the nerve agent attack on former spy Sergei Skripal in the UK.  The Foreign Ministry described UK Prime Minister Theresa May’s blaming of Russia for the Skripal attack as “completely insane”. UK Foreign Secretary Boris Johnson joined the war of words, condemning the Kremlin’s “smug” response which, he says, “indicates their fundamental guilt” and the British Defence Secretary chimed in that Russia “should go away, it should shut up”. Many are saying that the Skripal case justifies a seizure of oligarch assets in London, where Russia’s mega-rich have long been “parking their money”. The Energy Ministry said it would take any British attempts to cut Russian gas imports as “politically motivated”. NATO Secretary-General Jens Stoltenberg says the Skripal attack happened in a context of “a reckless pattern of Russian behaviour over many years”. The European Union, for its part, wants Russia to fully disclose its Novichok nerve agent program.

Russians will vote to re-elect Vladimir Putin to his fourth term as President this Sunday in what will be a landslide win. The economic strategy for his next term remains vague, says this piece, because with his win guaranteed, there is “not much” incentive to present a concrete plan”. Amnesty International says there has been a “fierce crackdown” on activists this past week in advance of the vote. Putin’s biggest fan club is found in older Russian women, a particular bastion of his support since the beginning of his rule, writes Misha Friedman. Putin supposedly once considered becoming a taxi driver back in the 90s after failing to secure the re-election of St. Petersburg mayor Anatoly Sobchak. Opposition figures are rowing over the unveiling of a memorial plaque for murdered politician Boris Nemtsov, claiming that presidential candidate Ksenia Sobchak is planning to use the event as a campaign stunt. Sobchak, who is expected to win less than 2% of the vote this weekend, has announced the imminent creation of a new political party.

Russia isn’t paying attention to renewable energy, notes the Economist, but that’s partly because, with at least a decade of increasing Chinese demand for its oil, it doesn’t need to. Russia’s state-owned energy firm Zarubezhneft has just signed a $742 million deal with Iran. Gazprom’s €750 million Eurobond sale earlier this week was oversubscribed by three times, prompting the Russian embassy in London to tweet, “Business as usual?” Russia will launch a mission to Mars next year.