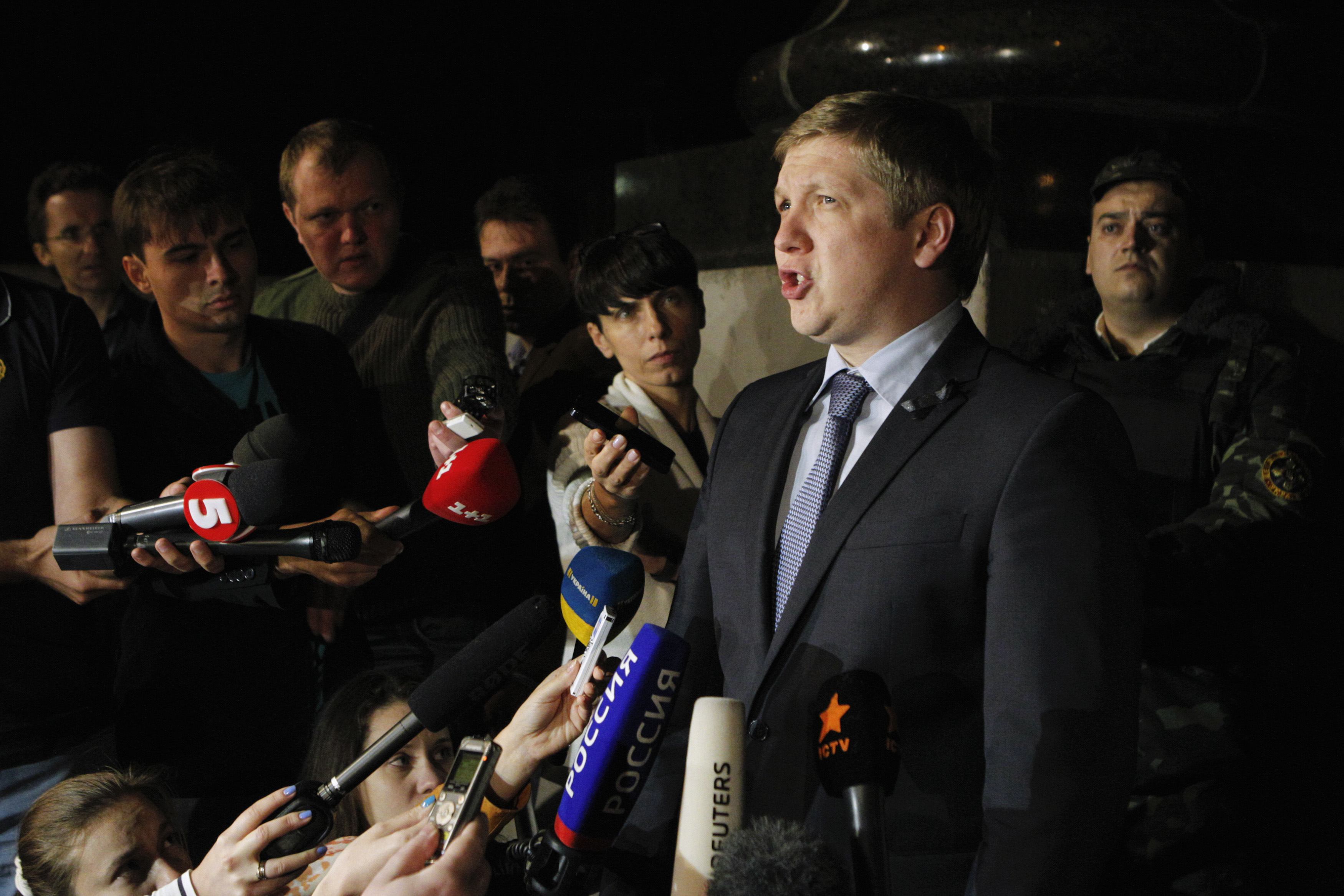 6am GMT today was the natural gas cut-off deadline imposed upon Ukraine by Gazprom, which it had promised to honour if no debts had been paid and no agreement reached.  And indeed, after a weekend of talks including executives from Gazprom and Naftogaz and European energy commissioner Guenther Oettinger, Russia and Ukraine say they have failed to resolve their ongoing gas dispute; Gazprom said it would not extend the deadline any further, and that there would be no further attempts to negotiate: ‘We reached no agreement. The chances that we meet again are slim.’  All sides are making accusations of blame: prior to these last rounds of talks, Ukrainian Prime Minister Arseniy Yatsenyuk had warned officials to prepare for the gas supply to be cut off, accusing Russia of deliberately avoiding a resolution; Foreign Minister Sergei Lavrov accused Ukraine’s ‘arrogant and uncompromising position’ at the talks of having backing from ‘a third power’; and the WSJ reports that Oettinger’s attempt to forge a compromise through a system of seasonal pricing was turned down by Russia.  The stalemate is somewhat of a diplomatic victory for Ukraine, says this piece, at least insofar as it has held its ground.  Gazprom has responded to a fine from the Lithuanian government by selling its stakes in two Lithuanian gas distribution companies.

Yesterday was declared a day of mourning in Ukraine after 49 military personnel were killed when pro-Russian separatists shot down a military transport plane outside Luhansk – the most deadly event of the Ukraine crisis thus far. Ukrainian President Petro Poroshenko promised an ‘adequate’ response.  Europe is urging a cease-fire.  Poroshenko is being urged to fire his foreign minister, Andriy Deshchytsia, for calling President Vladimir Putin ‘a dickhead’ at an impassioned anti-Russia protest outside the embassy in Kiev.  A member of Russia’s State Duma accused Deshchytsia of ‘going beyond the limits of decency’ with his comment.  Reports indicate that the minister was responding to a popular chant taken up by the crowd at the protest.

Opposition activist Alexei Navalny is being sued by a Moscow City Hall official  against whom he made allegations of illegal business activity.  An online petition is calling for one of the Duma’s ultra-conservative and anti-LGBT lawmakers to have her mental health assessed.  ‘On the whole, it’s a very positive thing that we now have sex coaching in Russia,’ says a Moscow-based sexologist.