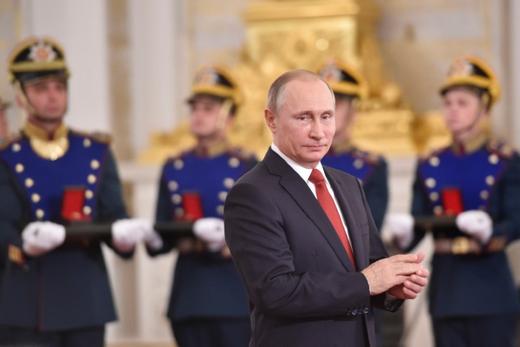 President Vladimir Putin held his 15th annual question and answer session on live television yesterday. The key issue he was expected to speak on – the question of his running in the presidential elections next year – was avoided, as was the name of opposition leader Alexei Navalny, although he accused the opposition of using Russia’s problems only for self-promotion. Putin stuck instead to issues of economic disparity and recovery, and personal issues, such as his thoughts on deceit (he never forgets) and his grandchildren. He also made some overly optimistic comments about Russian demographics. RFE/RL wonders whether Putin might end up regretting holding the Q&A so soon after mass antigovernment protests, especially after he was trolled by viewers who sent challenging questions by text, which appeared on the studio screen, such as, “When are you going to resign?”, and “When are you going to stop violating the clause of the constitution about the two-term limit on the presidency?” Leonid Bershidsky says the Q&A is “pointless” because totally scripted, and notes that Putin’s “tasteless jokes” usually get all of the airtime “as though they reveal something about his personality. But Putin doesn’t make them naively: He knows how they make enlightened Westerners squirm.” Such as his sarcastic offer of asylum to former FBI Director James Comey. His best function during these sessions, says the New York Times, is as a problem solver, dispatching officials to personally deal with citizens complaints.

Two members of Alexei Navalny’s Progress Party are seeking political asylum in Ukraine. Political activist Ildar Dadin has been fined $350 after reading aloud from the Russian Constitution on Red Square outside the Kremlin. Russia has an anti-racism and discrimination inspector, Alexey Smertin, who has personally guaranteed that there will be no incidents of racism at the World Cup next year.

Higher extraction taxes on Gazprom could net the government an extra $520 million in revenue this year.