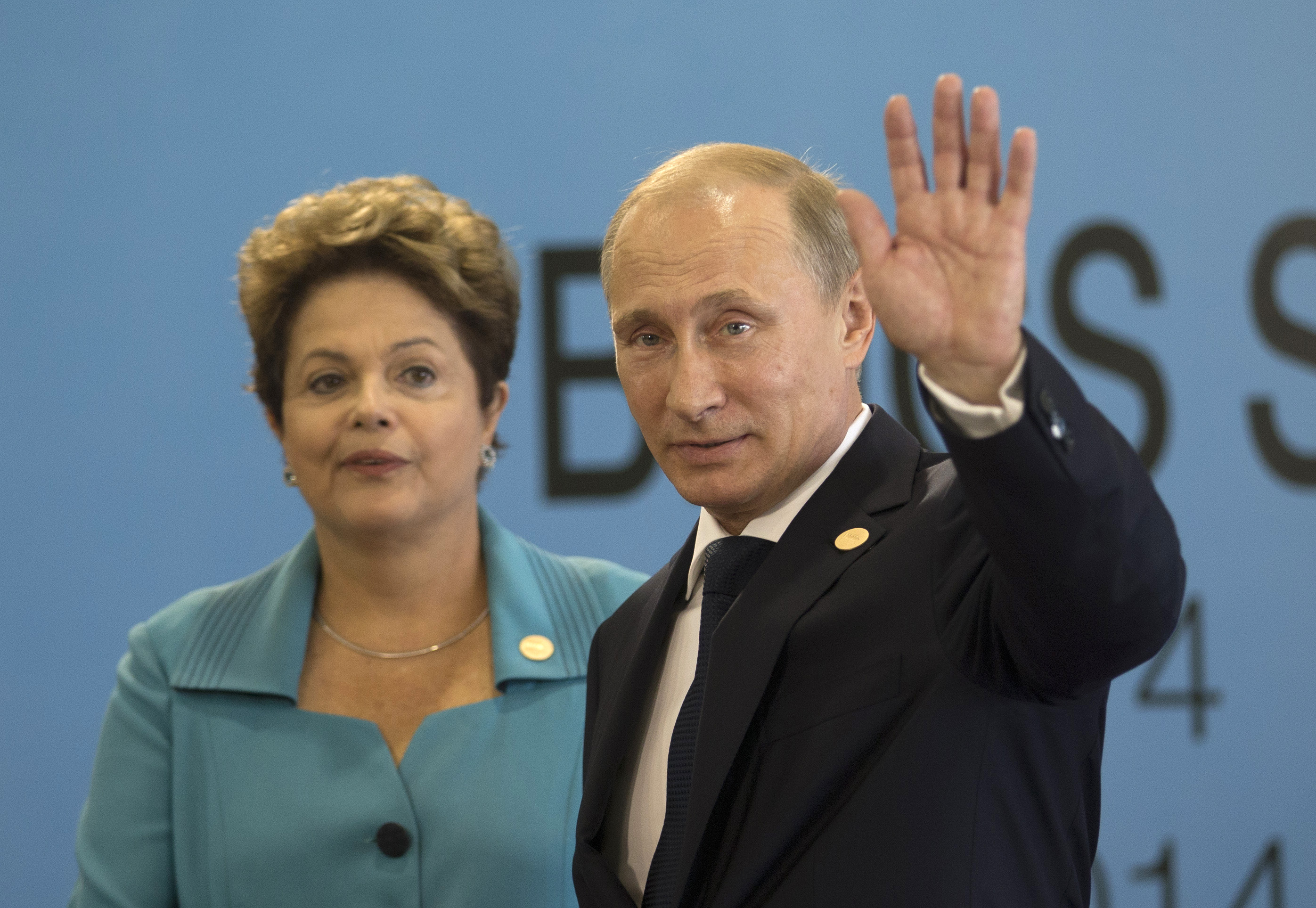 President Vladimir Putin wants to use the BRICS formation to prevent future ‘sanction attacks’ by the United States and its allies.  In addition to launching their $100 billion development bank, to be based in Shanghai and governed by India, leaders of the BRICS countries also announced a currency reserve pool during their summit yesterday.  In support of Russia’s aim to counter Western dominance, Brazilian President Dilma Rousseff said the pool ‘will help contain the volatility faced by diverse economies as a result of the tapering of the United States’ policy of monetary expansion’.  Foreign Minister Sergei Lavrov said that the BRICS aimed to ‘speak out against one-sided steps in global politics and economy’.  Russia and Ukraine continue to make equal and opposite accusations against each other regarding cross-border attacks.  President Vladimir Putin says it won’t be easy, but that Russia can improve its ties with the European Union.

Three former agents at the Interior Ministry’s anti-corruption department pleaded guilty to abuse of office.  Activist Ilya Gushchin pleaded guilty to accusations of using force against a police officer (by tugging on his sleeve) during an anti-Kremlin protest in May 2012, which could land him five years in prison.  Because Russia’s new anti-obscenity law affects every single public film screening in the country, it will destroy independent films meant for the festival circuit, says Natalia Antonova.

An accidental train derailment in the Moscow metro Tuesday morning has caused over 150 injuries, with the latest death toll at 22.