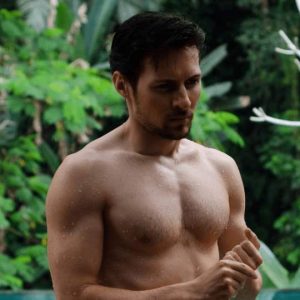 TODAY: Police agree to investigate assault on LGBT protestors in St Petersburg; Udaltsov is back on the opposition scene, but to what end? Oliver Stone attacks what he views as US Russophobia; the Armed Forces will be re-armed, asserts Putin; Ukraine expels Russian journalist; “Trump Bump” hopes over; Putin shirtless challenge.

Following the pleas of local deputies, police in St. Petersburg have begun an investigation into an attack on LGBT activists and journalists who had gathered to celebrate Pride. Fifteen people were injured in the events. “Streetwise leftist firebrand” Sergei Udaltsov is out of jail – could the Kremlin pitch him against Navalny and fragment the opposition movement? The Power Vertical discusses. Mikhail Zygar, editor-in-chief of the independent media outlet Dozhd, talks about Project 1917, an online platform to commemorate the Russian Revolution, something Putin would “rather ignore”, here. Following the Pussy Riot case in 2012, the authorities have apparently become more and more zealous in their attempts to protect “religious feelings”. American filmmaker Oliver Stone, who has made a film of interviews with President Putin, has lambasted the US mainstream media for “its inability or refusal to look beyond the established image of Russia and President Vladimir Putin” calling some outlets “extremist in their anti-Russian fervor.”

Although the economic downturn has seen the military modernisation budget reduced, cuts to defense spending next year will not affect plans to re-equip the Armed Forces, President Putin has asserted. Ukraine’s Security Service has reportedly deported journalist Tamara Nersesyan from the VGTRK Media Group back to Russia for causing “damage to the country’s national interests.” Russia has protested the move and urged Kiev to observe the principles of media freedom. Moldova, which has had a series of spats wth the Kremlin of late, has denied media reports that it plans to introduce entry visas for Russians. Diamond giant Alrosa says it has abandoned attempts to find four missing workers at a flooded mine in eastern Siberia as conditions are too difficult.

The repeated postponement of a deal to privatize a stake in shipping company Sovcomflot reflects the acceptance that the once hoped for “Trump Bump” in foreign investment is unlikely to materialise. Initially suspicious, could Russia now be changing its tune on bitcoins? Brace yourselves for a deluge of bare-chested men: VKontakte founder and exile Pavel Durov has started an Instagram “Putin shirtless challenge” in mockery of the President’s photo shoots.

PHOTO: Pavel Durov attempts to rival the President in alpha male imagery. He says: “Two rules from Putin — no photoshop, no pumping. Otherwise you’re not an alpha.” (Instagram)