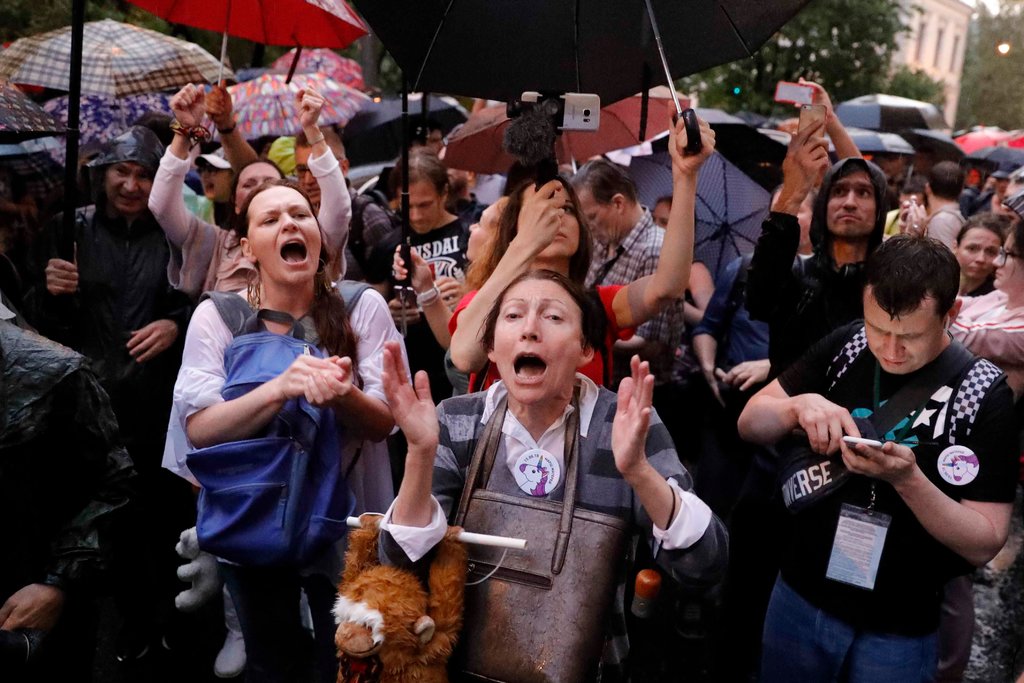 Norilsk Nickel and Alrosa, two of Russia’s biggest mining companies, are investigating ruble-based payment schemes as a way of reducing the role of the US dollar in Russian trade; they have already experimented with ruble payments on some deals with India and China. The timing of the Kremlin’s new tax on its mining giants came at an inopportune moment, with regard to their struggles (most notably, by En+ Group) against US sanctions: “It was a strange way of making a bad week much worse.” Russia was dumping US assets earlier this year, but the trend seems to have halted for now. The ruble continues to fall. There is an interesting disparity between deteriorating Russia-US relations amidst sanctions and Russia’s ongoing support for Donald Trump. Russian trolls allegedly used Twitter to spread pro-Trump content, says Bloomberg. The US is planning to more than double the number of its marines stationed in Norway, some of them close to the Russian border.

Hundreds gathered in the rain in Moscow for an unauthorised march in support of two teenage girls who are being detained on charges of extremism; her lawyer says it’s likely they were set up, after their informal chat group among friends was joined by an older man who “gradually steered the group into politics”. One protester compared the teenagers’ detainment to Soviet entrapment tactics of the 1950s. The eight mothers who organised it called it a “mother’s march”. Last year’s partial decriminaliation of domestic violence has apparently deterred women from going to the police – the number of reported cases has already halved. President Vladimir Putin would like to see more positivity online, as Mail.ru asks the Kremlin to stop prosecuting social media users under anti-terrorism laws.

A UN human rights panel has ruled that the “gay propaganda” law violates an international treaty on human rights. Russia is urging its richest citizens to start family offices to help them transfer their wealth to their heirs. Banksy has disavowed an exhibition of his work currently being held in Moscow.

PHOTO: Demonstrators in Moscow on Wednesday protested against the growing number of arrests of young Russians on extremism charges for material shared or stored on social media sites. (Tatyana Makeyeva/Reuters)