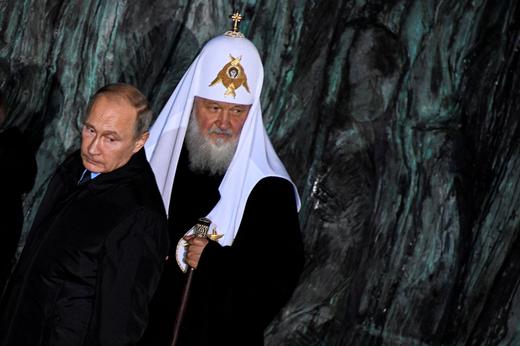 The Russian Orthodox Church has decided to sever all relations with the Ecumenical Patriarchate of Constantinople, in protest over its endorsement of the Ukrainian Orthodox Church’s request for independence; it says Ukraine’s actions will lead to a global rupture in the global Orthodox community. Ironically, the Guardian says that Russia’s move itself “will be a serious blow to the global church”. A study by Moscow sociologists suggests that tolerance for bribery and corruption has considerably increased under President Vladimir Putin’s rule; aversion toward bribe-taking has decreased from 85 percent in 1990 to 58 percent today. Opposition leader Alexei Navalny was summoned by police the day after being released from two back-to-back stints in jail, to be told that he is facing new charges on a libel case from 2016, in which he had accused former police investigator Pavel Karpov of involvement in the death of lawyer Sergei Magnitsky in pretrial detention. Navalny’s lawyer then announced that the 2016 charges were suspended yesterday. An Amnesty International researcher says he was abducted and threatened during a trip to Ingushetia to monitor protests.

A majority of Russians have stopped relying on the state to improve their lives, the Civil Initiatives Committee found, amidst a growing lack of trust in government propaganda: Leonid Bershidsky discusses their most recent report. Italy will propose this week in Brussels that the EU revive funding for small and medium-sized private Russian businesses. Italy’s far-right Deputy PM described sanctions against Russia as a “social, cultural and economic absurdity” during an industry speech. Despite fears that sanctions would create obstacles, Total oil says it has set its sights on building a local plant in Russia, and that its Russian ambitions are unchanged. The Egyptian President arrived for a Russia visit yesterday.

President Vladimir Putin gave state awards to the two civil servants who were beaten by footballers in a Moscow cafe last week. Promsvyazbank, which was bailed out last year, will get a further $305 million cash injection. 2018 inflation could be as much as 4%.