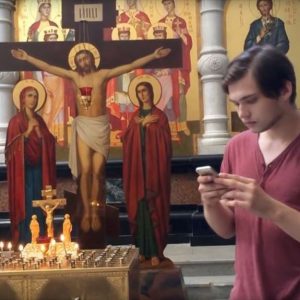 President Putin has apparently told security officials that he believes Ukraine is wilfully sabotaging the 2015 Minsk agreements along with plotting a series of terrorist attacks in Russia. ‘The perverse reality is that Ukraine’s president, Petro Poroshenko, benefits politically from the conflict,’ says this Moscow Times op-ed.  Amid suspicion that the Trump administration will relax its pressure on Moscow, comments from Secretary of State Rex Tillerson and U.S. Defense Secretary Jim Mattis have confirmed that Washington hopes Moscow will comply with the peace accord on the Ukraine conflict.  At the end of the meeting of NATO Defence Ministers, Mattis asserted that Russia must ‘prove itself’ before it can resume ‘a partnership of sorts with NATO’ and the Kremlin ‘has to live by international law just like we expect all mature nations on this planet to do’.

In a ‘long and rambling’ press conference, U.S. President Donald Trump has denied links with Russia, a story which he described as ‘a fake-news fabricated deal.’  The President suggested that Moscow has undertaken provocative moves, (such as sailing a spy ship off the East coast of the U.S.) because ‘probably Putin assumes that he’s not going to be able to make a deal with me because it’s politically not popular for me to make a deal’.  In response to allegations that ex-campaign manager Paul Manafort had had ‘constant contact’ with Russian operatives, Trump maintained that ‘no person’ he dealt with had contact with Russia.  A Bloomberg interview with Ukrainian oligarch Dmitry Firtash, Manafort’s one time business partner, sheds some light on the murky dealings underpinning suspicions held against Trump.  U.S. media are circulating reports that former White House National Security Advisor Michael Flynn may have lied to federal agents in an interview last month in which he stated that he had not discussed sanctions against Russia with Moscow’s U.S. ambassador – if true this could lead to criminal charges.

New details are emerging in the case of blogger Ruslan Sokolovsky who is facing up to five years in prison for playing Pokemon Go in a church, a story which has drawn the attention of international rights watchdogs.  Bloomberg suggests that Russia’s state run media empire has returned to its Soviet-era heyday, and having worked ‘fake news’ wonders in the U.S. presidential elections, is now setting its sights on interfering in the multiple upcoming elections in Europe.

PHOTO: In a case that has drawn fire from international rights watchdogs, Ruslan Sokolovsky faces up to five years in prison for videos he posted on YouTube, including one of him playing Pokemon Go in a Yekaterinberg cathedral. (file photo)