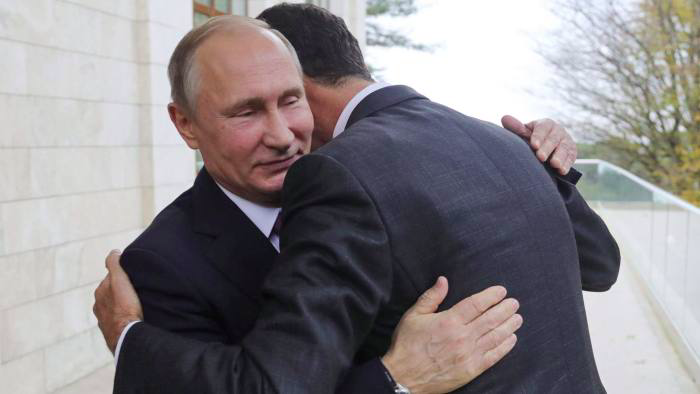 The Kremlin is refuting British allegations that its delegation to the Organization for the Prohibition of Chemical Weapons was denied entry to Syria’s Douma to investigate this month’s alleged chemical weapons attack there; the Kremlin maintains that Russia has consistently supported an investigation into the attack (although it recently used its veto to prevent such an investigation at the UN). The delay was in fact the fault of Western strikes, said the Foreign Ministry. Sergei Lavrov says that the only evidence cited in accusations that Russia was part of the attack have been news articles and social media; he also guaranteed that Russia did not tamper with the attack site. One of the few times that Russia has not used its veto on a Syria issue at the UN was when it backed the elimination of Syria’s chemical weapons. The US and UK intelligence agencies have jointly warned the West of a series of Russian cyber attacks targeting the machines of millions of government, private organisations and individuals worldwide, and expressed their “high confidence” of Kremlin involvement. The announcement is seen as significant due to the additional inclusion in the announcement of advice on how to deal with the attack. The UK has taken no steps on addressing the question of London oligarch-owned property assets. The US has put a hold on the additional round of anti-Russian sanctions it promised.

The ban on messaging app Telegram has begun to come into force; Kremlin officials have already switched over from Telegram to ICQ; local Telegram users who want to keep using the app have been disguising their location with VPNs, with full support of company head Pavel Durov. Journalist Yevgeny Kiselyov said Telegram should be lauded, not banned, because, “It’s the most famous technology company connected to Russia, and was created without stealing from the budget or natural resources.” The app has more than 200 million users worldwide. The Central Bank says it will not intervene in currency markets to try to affect the latest ruble devaluation. German Chancellor Angela Merkel’s new, tougher stance on Russia is meeting challenges from her colleagues.

The Health Ministry has submitted legislation to the Duma that would make it illegal for people to avoid treatment of AIDS or deny the existence of HIV. A Levada Centre poll found that almost 90% of Russians have no interest in participating in political protests.