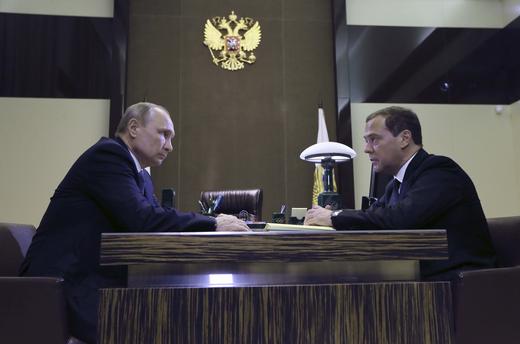 Both President Vladimir Putin and Foreign Minister Sergei Lavrov expressed concern over the number of Palestinian casualties killed by Israeli forces in Gaza this week. Lavrov expressed outrage over statements that referred to the deceased as terrorists, and pledged Moscow’s willingness to mediate between Israel and Palestine. A former NATO commander analyses the US’ decision to re-launch its Second Fleet in light of deteriorated relations with Russia, and expresses concern over the possibility of increased military build-up on both sides leading to “an inadvertent incident” that causes tactical conflict. Putin announced that military vessels with cruise missiles will be on permanent standby in the Mediterreanean. A majority of Russians polled by the Levada Centre are more worried about the Syrian conflict turning into World War III than about current tensions with the West. The Audit Chamber found that spending violations across the space and defence industries totaled $20 billion in 2017, double the total for the year prior. Yuri Kotler, a member of the United Russia party’s Supreme Council, has been found shot dead in a Moscow apartment.

The State Duma has unanimously approved draft legislation that would jail citizens that obey or promote international anti-Russia sanctions, although industry lobby groups are warning that such a measure could lead to “baseless” prosecutions, and may force businesses to choose between working either exclusively within Russia, or abroad, whereas most currently rely on being able to do both. RFE/RL found that less than a third of Russians are worried about the West’s sanctions against them, and over half want strengthened ties with Western countries. Billionaire Mikhail Prokhorov’s Renaissance Capital is anticipating that the US will impose further sanctions on Russia, reasoning that none of the measures already imposed have changed “the politics or the diplomacy of the Russian state”. In light of sanctions, Rosneft is looking to Vietnam to expand its operations.

Bloomberg is speculating as to whether or not Russia will agree to continue its oil output cuts with OPEC after talks next month. Norway is opposing a deal between OMV and Gazprom because it does not support its goal of diversified European gas supplies. A court in the Urals fined a local election official just $8 for vote tampering, reasoning that she was tired.