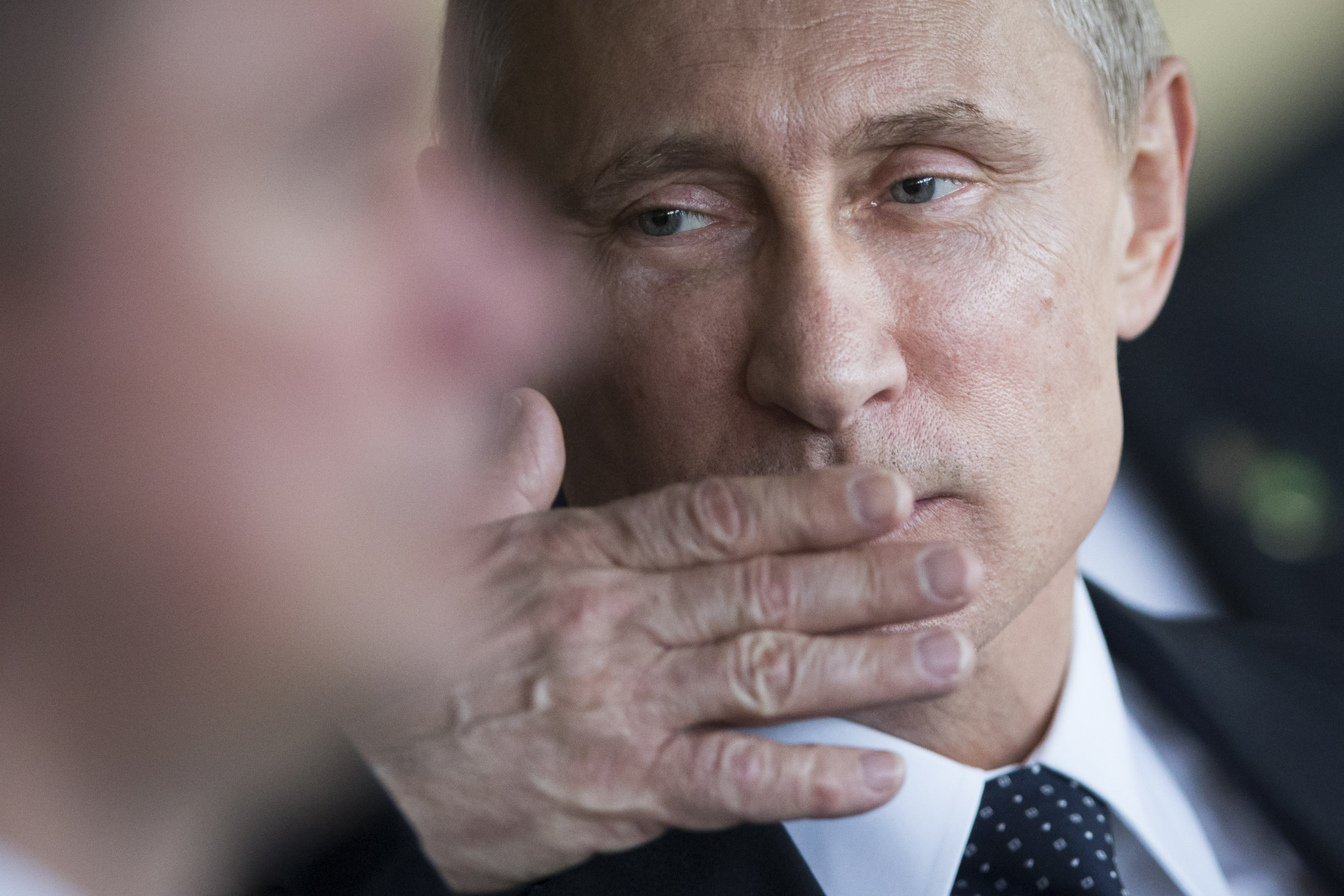 Europe and the US have increased their economic sanctions against Russia over claims of the Kremlin’s renewed backing for pro-Russian separatists fighting on the Russia-Ukraine border.  ‘Russia’s support for the separatists and violations of Ukraine’s sovereignty has continued,’ said President Barack Obama.  New targets include Gazprombank, Novatek, Vnesheconombank (VEB), and Rosneft, in the first direct target of the banking, military, and energy sectors.  The sanctions are a result of consultations with EU leaders, though their corresponding package of measures is ‘less ambitious’.  Europe is seeking to block loans for new projects in Russia by the European Investment Bank and the European Bank for Reconstruction and Development – despite the fact that Russia holds shares in the latter.  President Vladimir Putin says the new measures will lead to a ‘dead end’ in terms of diplomatic relations with the US. Foreign Minister Sergei Lavrov says Obama’s position regarding Russia is ‘sad’.  Rosneft head Igor Sechin says the sanctions are illegal.  Putin has proposed that the BRICS countries set up an energy association and fuel reserve.

Activists Vladimir Akimenkov and Leonid Kovyazin have filed a complaint with the European Court of Human Rights regarding the Bolotnaya Square protest in May 2012.  Authorities in Kirov have banned students from using Gmail, in a bid to comply with the Kremlin’s information security policy.  The house arrest of opposition leader Alexei Navalny’s close associate, Konstantin Yankauskas, was due to end this week, but has been extended until October.  A new survey indicates that Russia is the world’s second-most ‘traditional’ (sexist?) country.

The Foreign Ministry says America’s refusal to place base stations for Glonass satellite systems on its territory is a form of competition, noting that ‘the US would not benefit from disturbing the GPS system’s monopoly in the market of relevant services’.  Russia and Cuba have ‘quietly’ formed an agreement to re-open a Soviet spy base ‘on America’s doorstep’ (in Lourdes, south of Havana).  The Ministry of Natural Resources announced that the first tranche of $6.8 million allocated for environmental projects has been transferred to the Arctic Council.

PHOTO: Russia’s President Vladimir Putin motions to blow a kiss to journalists as he leaves the Itamaraty Palace after the BRICS Summit in Brasilia, Brazil, Wednesday, July 16, 2014. (AP Photo/Felipe Dana)