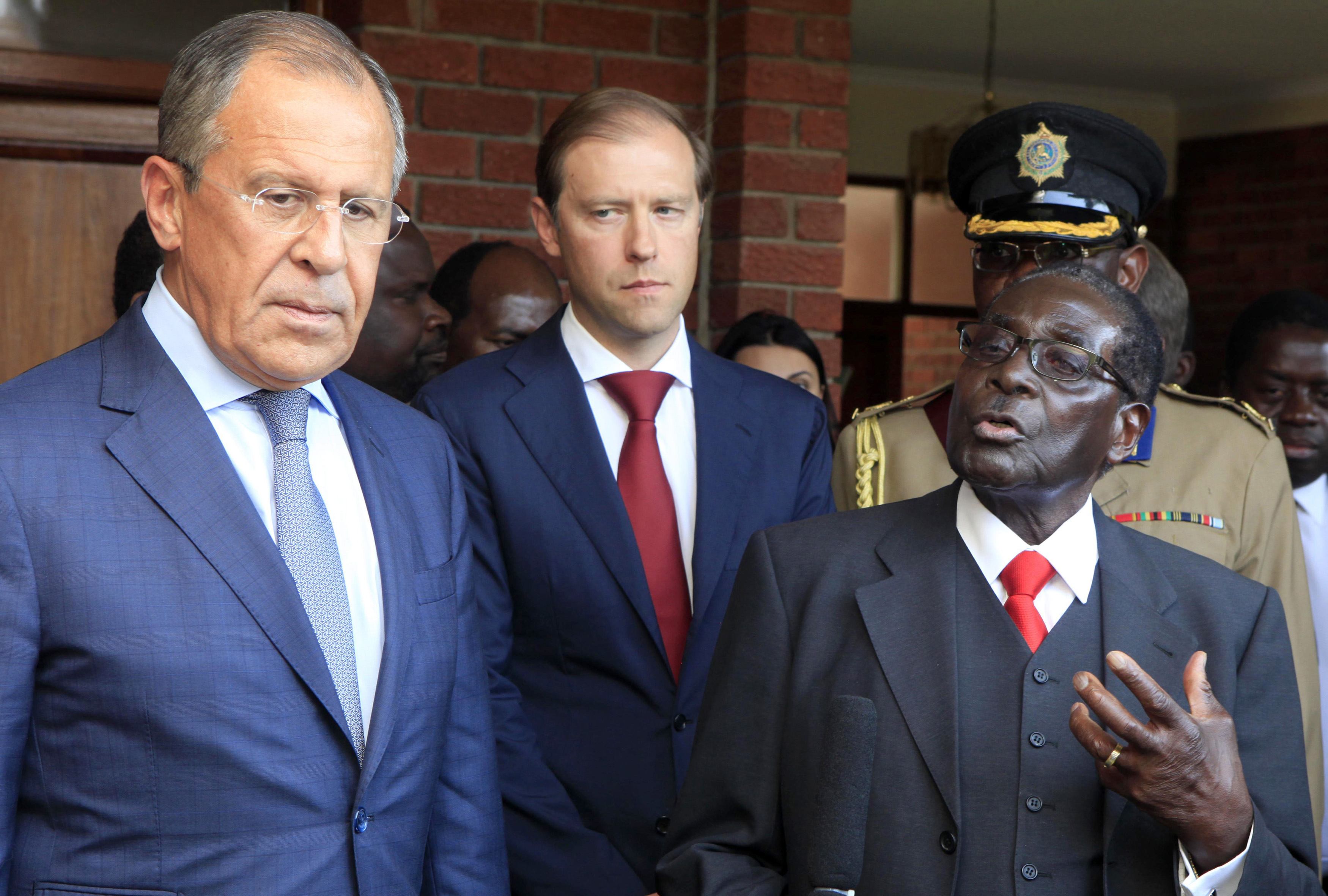 Deputy finance minister Alexei Moiseyev says Russians needn’t panic about the ruble’s new low against the dollar, promising that the authorities would step in to curb any further increases in inflation if necessary.  The Central Bank is concerned about the drop in oil prices, however, saying that a failure to recover will ‘significantly’ slow economic growth (which is already at its lowest level in four years at 0.4%).  Former finance minister Alexei Kudrin said Russia is at risk of recession next year, calling for government investment and a decrease in social spending.  Art Moscow, the long-running contemporary art fair, has been canceled this year due to international tensions caused by sanctions, according to its founder.  Zimbabwean President Robert Mugabe backed Russia yesterday by describing Western sanctions as ‘illegal’.  Transneft says sanctions are expected to delay the launch of new oil pipelines in Siberia, but Energy Minister Alexander Novak says no substantial changes will be made to oil extraction or production plans.  A state loan of $1.55 billion to Belarus has been approved.

Mail.ru (owned by Alisher Usmanov) has spent $1.47 billion to acquire a controlling stake in social networking site Vkontakte, raising concerns about Russia’s Internet freedom.  Why are broadcasters abandoning the independent television station Dozhd (Rain)? ‘We know that somebody with great power and with state authority has done this,’ says one of its producers.  Vladimir Yevtushenkov, Russia’s 19th-richest person and main shareholder of Sistema, has been placed under house arrest on suspicion of money laundering.  Kremlin spokesman Dmitry Peskov says it is ‘wrong and absurd’ to draw political conclusions from the arrest, after analysts drew comparisons between Yevtushenkov’s case and the fall of Yukos. According to Mikhail Khodorkovsky’s analysis, ‘Yevtushenkov was stubborn, he did not want to pass his property at the conditions he was apparently offered. So it was decided to use the familiar old method.’

According to NATO’s estimates, even after recent reductions, Russia still has 1,000 troops in Ukraine, and named Russia – together with Islamic State (IS) as a key threat.  Defense Minister Sergei Shoigu says Russia will set up a full-scale military unit in Crimea in response to NATO’s increased military presence in western Ukraine, after masked men yesterday seized the Tatar parliament, the last remaining anti-Russian organisation in Crimea.  New York Magazine thinks Russia now has the Baltics in its sights, in response to Konstantin Dolgov’s speaking out against the treatment of Russian citizens in Baltic states.