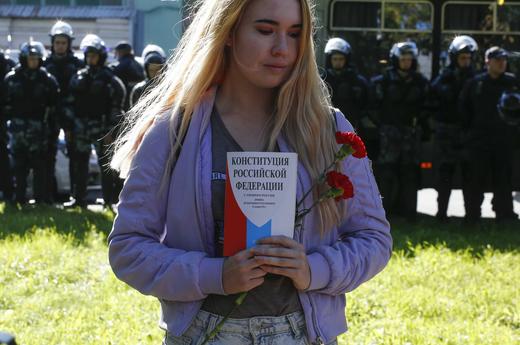 Switzerland is demanding that Russia cease spying activities on its territory, after allegedly uncovering a Russian plot targeting a Swiss laboratory where chemical and biological weapons were tested. The lab had apparently analysed samples from the Sergei Skripal poisoning earlier this year. Apparently even Russians found the interview with the two Russian men suspected of being behind the nerve agent attack on Skripal and his daughter “ridiculous”; the editor of RT herself “suppress[ed] a laugh” when the two suspects claimed that the purpose of their entire trip was to enjoy the beauty of Salisbury. This Guardian piece explains that Salisbury is not just a “tourist honey pot” but also “the heart of the British military establishment”, thus interpreting attack as “trolling”. The passport of one of the men apparently contains a “top secret” stamp and a phone number linked to Russia’s Defence Ministry. The Kremlin continues to deny that the men have any high-level Russian links, and said it is ready to consider a request for the UK to interrogate the men on Russian soil. The case of two people falling ill at a restaurant in Salisbury yesterday had nothing to do with Novichok, police said.

The Central Bank has raised interest rates for the first time since 2014, from 7.25% to 7.5%; only two economists had predicted the hike. Pussy Riot and Voina activist Pyotr Verzilov has been transferred to a clinic in Berlin, where his condition has improved, although he still cannot walk or speak; his former wife, Pussy Riot member Nadya Tolokonnikova, “believe[s] that he was poisoned intentionally”. As he comes to the end of his month-long jail sentence, a court has banned Left Front opposition leader Sergei Udaltsov from participating in political events for three years. The World-Anti Doping Agency (WADA) defended its review committee’s decision to recommend that Russia’s anti-doping organisation RUSADA be reinstated, saying that it was “grounded in pragmatism”. One of WADA’s Compliance Review Committee members stepped down in the wake of the news.

PHOTO: A woman holds a booklet, containing the Constitution of Russia, while posing for a picture in front of servicemen of the Russian National Guard during a rally against pension reforms, which envisage raising the retirement age of citizens, in St. Petersburg, Russia September 16, 2018. REUTERS/Anton Vaganov