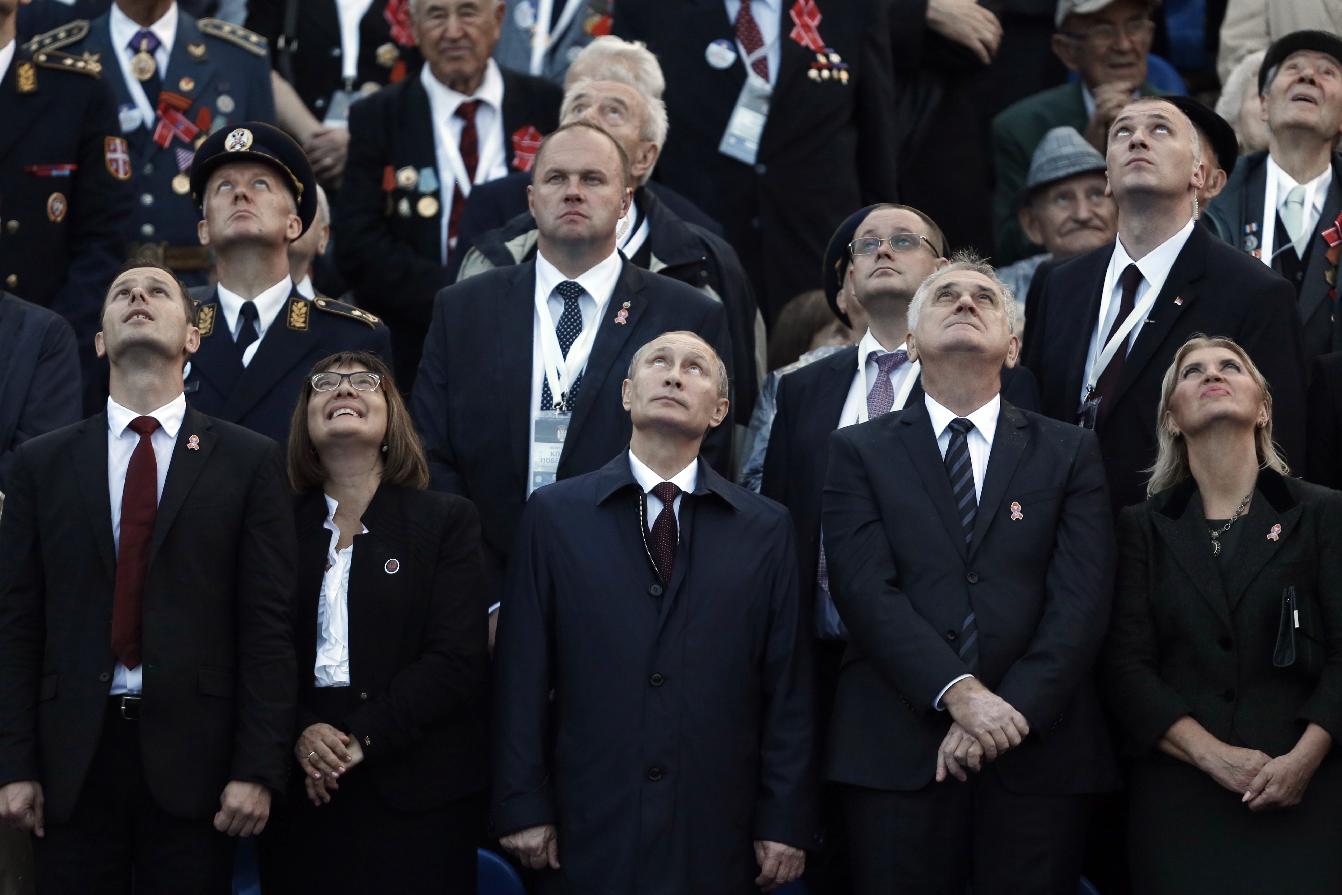 Following the signing of a bill that will limit foreign ownership of Russian mass media to 20%, a rumour is circulating that close associates of Putin are preparing to acquire Vedomosti – the largest newspaper outlet currently not under Kremlin control.  Under the new law, the owners of the Wall Street Journal and Financial Times will also need to sell or reduce their 33% stakes in Vedomosti by the end of 2016. ‘The Kremlin sees Vedomosti’s shareholders as foreign governments. The WSJ equals the U.S. and the FT the U.K. They want a Russian owner so they have someone to call.’  Glossy magazines will also be hit hard by the new law, prompting speculation as to ‘whether the culture of glamour is a threat to Russia’.  A State Duma deputy has accused 100 colleagues of failing to disclose their ownership of foreign assets, and thereby being in violation of a recent transparency law.  President Vladimir Putin arrived in Milan last night for peace talks with European Union leaders today, after threatening to reduce gas supplies to Europe if Ukraine should take any gas from transit pipelines to cover its own deficit this winter.  The European Energy Chief, Guenther Oettinger, said that if a gas cut-off were to happen, the only nation to suffer would be Estonia.  ‘If we work together, show solidarity and implement the recommendations of this report, no household in the EU has to be left out in the cold this winter,’ he said.

Moscow will make expansions to its military presence in the next six years, with a fighter jet airbase planned for Belarus by 2016, and new airfields in Crimea and the Arctic by 2020.  The national defence budget for next year will be a record $81 billion, 4.2% of GDP and a $20 billion increase, year-on-year.  Russia lost $3 billion of its international reserves in a single week due to Central Bank efforts to prop up the ruble.  The currency’s plunge ‘underlined Russia’s heavy dependence on Western finance’, says The Moscow Times.  Rosneft and Putin’s judo partner, Arkady Rotenberg, have launched legal challenges against E.U. sanctions.  During Vladimir Putin’s visit yesterday, Serbia promised that it ‘would not endanger its morality by any hostility towards Russia [by imposing sanctions]’.

Anti-corruption activist Alexei Navalny gave an interview to Ekho Moskvy, with some excerpts translated by Pavel Khodorkovsky’s Interpreter project.  Navalny said that the overthrow of former Ukrainian Prime Minister Viktor Yanukovych was disturbing to Vladimir Putin because ‘rebellious masses chased out the crooks […] for Russia, this would provide a very, very bad example.’ He added that, in the bigger picture, illegal immigration is a more important issue for Russia than the Ukraine crisis.  The BBC has picked up on a New York Times opinion piece from earlier this week which speculated that the current low oil price is a secret Saudi-U.S. conspiracy against Russia designed to cause strains in Vladimir Putin’s ‘relations with the Russian elite and business establishment, two pillars of his public support’.