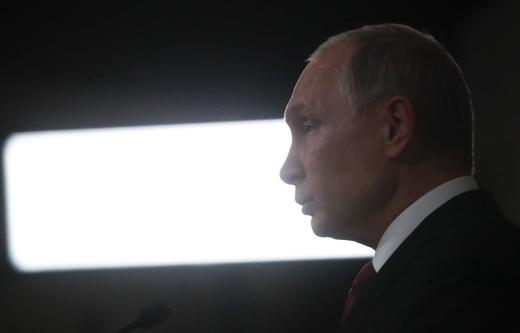 Despite being fined by a Moscow court for missing a data deadline, Telegram founder Pavel Durov says the company will not comply with authorities’ demands to hand over encryption decoding keys over to the FSB. “The FSB’s attempts to get access to personal correspondence is an attempt to expand its influence at the expense of citizens’ constitutional rights,” he said. Durov put out a call to recruit lawyers to fight the ruling that carried the $14,000 fine; he has 10 days to appeal before Roskomnadzor sets a new deadline for the data. Four of Roskomnadzor’s employees were charged with fraud earlier this month, turning the tables on the agency which is usually the one doing the scrutinising. A gay man from Chechnya has formally accused authorities of jailing, beating, and threatening to kill him as part of a broad crackdown on the LGBT community. 78% of Russians give a positive assessment of their life, but almost half are anticipating hard times.

Russia will hold talks with both North and South Korean politicians this week regarding Pyongyang’s nuclear program, but they will not hold direct talks with each other. Valentina Matviyenko has condemned North Korea’s nuclear tests, and is urging the country to comply with all UN resolutions. Russia has resumed sea trips between Vladivostok and North Korea, after a two-month break. Danske Bank is under investigation in France due to the alleged participation of its Estonian branch in the “Magnitsky” fraud of 2008-11. Performance artist Pyotr Pavlensky, who was granted asylum in France earlier this year after Russia fined him for an arson attack on the Federal Security Service building, has been arrested in Paris after an arson attack on the Bank of France.

Gazprom Neft is unimpressed with the prospect of a global oil cut, as the OPEC agreement has already forced it to curtail production growth. Increasing numbers of bears are approaching humans in Russia’s Far East due to a lack of food sources; three times the usual number hostile bears were shot dead on Sakhalin island this year.

PHOTO: Russia’s President Vladimir Putin addresses the media after sessions of the Council of Heads of the Commonwealth of Independent States (CIS) and the Supreme Eurasian Economic Council in Sochi, Russia October 11, 2017. REUTERS/Maxim Shemetov Reuters