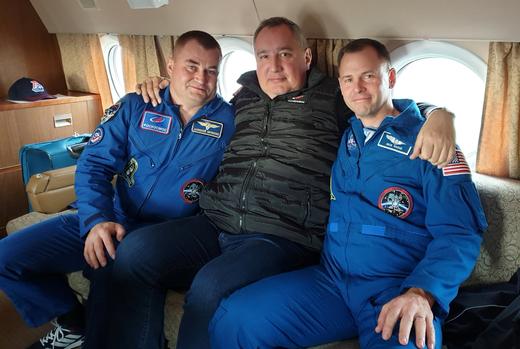 Russia began shaking up power dynamics in Central Africa last year by donating its own weapons to help it fight militia activity, and its expanding influence there is part of “Moscow’s renewed push for global prestige and influence”, says Reuters, which also provides details of the 19 military cooperation deals Russia signed in sub-Saharan Africa since the annexation of Crimea in 2014. Is the Kremlin working on a plan to change the constitution? An opinion piece by Constitutional Court chairman Valery Zorkin has sparked speculation that President Vladimir Putin may seek to extend his rule beyond 2024. The World Economic Forum (WEF) has released its annual competitive economy index, with Russia climbing two spots on last year at 43rd place, the second BRICS nation after China. Putin spoke positively about the current outlook for Russia’s economy using stats for industrial growth (3.1% this year), but its overall growth outlook for 2018, according to the WEF, is 1.7%, and steep inflation is affecting consumer confidence. Ukrainian soldiers continue to be killed in conflicts with Russian-backed separatists in eastern Ukraine.

Syrian President Bashar al-Assad is planning to visit Crimea next year and may set up a passenger flight route; Egyptian President Abdel Fattah al-Sisi is in Moscow discussing the resumption of flights from Russia to Red Sea resorts. Gazprom Next says the Kremlin is no longer capping increases on oil output, suggesting that its output reduction deal with OPEC is no longer active. “There are signs the oil market is overheating,” said the deputy CEO. Unprecedented protests will continue in Ingushetia despite official permission ending today;  Putin has told the republic’s head not to use force with those who have been gathering for the past two weeks, but many are expecting that ongoing tensions will lead to conflict.

Facebook will ban false information pertaining to voting ahead of next month’s midterm elections in the US; Russia has always denied having any such involvement in US elections. The European Union is anticipating meddling from Russia during its elections next year.  Russia is edging closer to leaving the Council of Europe.

PHOTO: Head of Russian space agency Roscosmos Dmitry Rogozin (C) poses with astronauts Alexey Ovchinin of Russia and Nick Hague of the U.S., who survived the mid-air failure of a Russian rocket, on onboard a plane during a flight to Chkalovsky airport near Star City outside Moscow, Russia October 12, 2018. (Roscosmos/Handout via REUTERS)