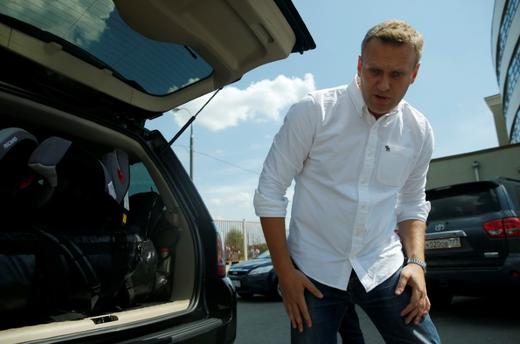 The Supreme Court has overturned anti-corruption campaigner and opposition leader Alexei Navalny’s 2013 theft conviction and sent the case back for retrial; Navalny says the decision ‘is aimed at complicating my political activities’ given that a retrial (as opposed to the total annulment that he sought) will force him to go back to Kirov, and intends to appeal to the Council of Europe.  The overturning of his conviction, however, formally opens the door for him to run for office once again.  One political analyst suggested that the Kremlin could be harbouring ‘radical aspirations’ to partner up with unexpected candidates for the 2018 presidential elections.  The anti-corruption probe that led to the arrest of Economic Development Minister Alexei Ulyukayev is likely to widen and could lead to as many as eight more officials being targeted; Alexei Navalny suggested that Rosneft head Igor Sechin may have benefited from the targeting of Ulyukayev (‘But what’s the difference: all of them are toads and vipers,’ he wrote). German Gref, the CEO of Sberbank, described Ulyukayev’s arrest as ‘weird’; former Finance Minister Alexei Kudrin says the charges cast a shadow on the whole government system.

Russia has formally withdrawn its signature from the founding statue of the International Criminal Court, following the court’s classification of the annexation of Crimea as an occupation; Russia slammed the tribunal as ‘one-sided and inefficient’.  The action is largely symbolic, given that Russia never actually ratified the treaty and does not fall under the court’s jurisdiction, leading a human rights lawyer to sum it up as: ‘just a gratuitous slap in the face, not a body blow.’  The United Nations also condemned Russia’s involvement in Crimea as a ‘temporary occupation’ and accused it of violating human rights in the region.  The new receptivity of Bulgaria and Moldova to Russia is a ‘blow to Western cohesion at a critical juncture’, says the New York Times.

German security officials are anticipating that Russia will interfere with Germany’s parliamentary elections next year.  US Senate members are concerned that Vladimir Putin will take advantage of confusion and uncertainty during Donald Trump’s early days in office.  What exactly is at stake for Russia in Syria, asks the BBC.

PHOTO: Russian anti-corruption campaigner and opposition figure Alexei Navalny leaves the Lublinsky district court after it refused to change the suspended sentence of him in the Yves Rocher case to a real prison term, in Moscow, Russia, August 1, 2016. REUTERS/Maxim Shemetov