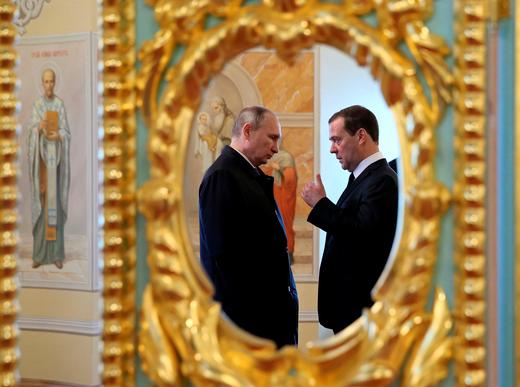 The offices of independent investigative newspaper Novaya Gazeta were raided yesterday by immigration police looking for a gay journalist whose asylum request was overturned; but strangely, Kremlin news channel Ren-TV reported on the raid before it had actually happened. Kremlin critic Vyacheslav Maltsev, charged with extremism for calling for a revolution to topple Vladimir Putin, says he is now a “political refugee” having fled to Europe. The Justice Ministry has already flagged nine US-funded news outlets (including VOA and Radio Liberty) for potential addition to their list of media “foreign agents”. The OSCE’s media watchdog says the new foreign agents media laws are unacceptable and dangerous on both the US and Russian side. Moscow wants news website BuzzFeed to be investigated for publishing “anti-Russian propaganda” (aka a story covering an FBI investigation into alleged Russian money transfers to embassies).

The World Anti-Doping Agency (WADA) has ruled for the third year in a row that RUSADA, Russia’s anti-doping agency, is not up to international standards, putting pressure on the International Olympic Committee to bar Russia’s participation in the Winter Olympics next year. Duma lawmaker Alexey Pushov quipped, “WADA is the NATO of sports.” The Central Bank is ready with “sufficient tools” to withstand extended US sanctions if they are put in place. Gazprom raised its charitable donations by 60% this year, with the biggest beneficiary to be a chain of Kremlin and Orthodox Church-backed patriotic theme parks. Journalist Masha Gessen has won the US National Book Award for her book about totalitarianism.

Although the Prime Minster in Russia is more of a “presidential henchman and scapegoat” than a genuine administrator, says the Moscow Times, it is worth noting that Dmitry Medvedev will very likely be replaced next year due to his having become “something of a liability”. Some are speculating that he will run for President again. Opposition leader Alexei Navalny’s Telegram messaging app channel gained almost 30,000 subscribers in less than 24 hours when he signed up for the first time this week. Yesterday was the eighth anniversary of the murder in pretrial detention of lawyer Sergei Magnitsky, who had uncovered a vast tax-fraud scheme perpetrated by officials.