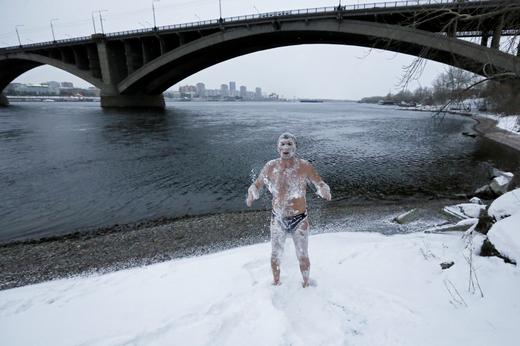 Independent election monitoring group Golos (one of the organisations labeled as a “foreign agent”) says state-controlled television networks are delivering free campaign advertising for President Vladimir Putin, with a clear bias for his reelection. An investigation has been launched after 36 track-and-field athletes withdrew from a competition in Irkutsk following the unexpected arrival of drug testers. Capital outflows from Russia increased to $31.3 billion last year, 160% higher than in 2016, in part thanks to the $1 billion withdrawn by foreign investors. Finance Minister Anton Siluanov says Russia needs to focus on improving its investment climate and easing forex legislation if it wants to deal effectively with the West’s sanctions against it; the ministry will reduce borrowing this year in expectation of a smaller budget deficit and higher oil revenue. Central Bank governor Elvira Nabiullina says competition in the banking sector is not harmed by the temporary state ownership of some banks.

NATO’s supreme allied commander in Europe is warning that a growing Russian threat needs to be addressed in order to ensure NATO’s ongoing dominance in certain areas (such as cyberspace). The European Commission is calling for increased measures to combat Russia’s distribution of anti-EU disinformation “in as many languages as possible, through as many channels as possible, as often as possible”. Facebook is reopening its internal investigation into Russia’s influence on the UK’s Brexit vote, saying that its initial explorations were too narrow. Russia’s embassy in London said the UK’s jet scrambling to intercept Russian planes near its airspace were simply part of a public relations exercise designed to paint Russia as aggressive, and that “no incursion into UK airspace has ever taken place“. Leonid Bershidsky considers the weight that Russia’s special relationship with Italy has in relation to the easing of current sanctions (not much).

US President Donald Trump argued that Russia is undoing work by China to restrict oil and coal supplies to North Korea. The man who stabbed Ekho Moskvy journalist Tanya Felgengauer last year has been ruled unfit to stand trial after being diagnosed with schizophrenia. Orthodox priest Gleb Grozovsky has been sentenced to 14 years in prison on child molestation charges. Unknown arsonists torched the Ingushetia office of rights group Memorial, just a week after the head of its Chechnya branch was arrested.

PHOTO: Alexander Yaroshenko, a member of the Cryophile winter swimming club, rubs himself with snow after swimming in the Yenisei River in the Siberian city of Krasnoyarsk, January 16, 2018. (REUTERS)