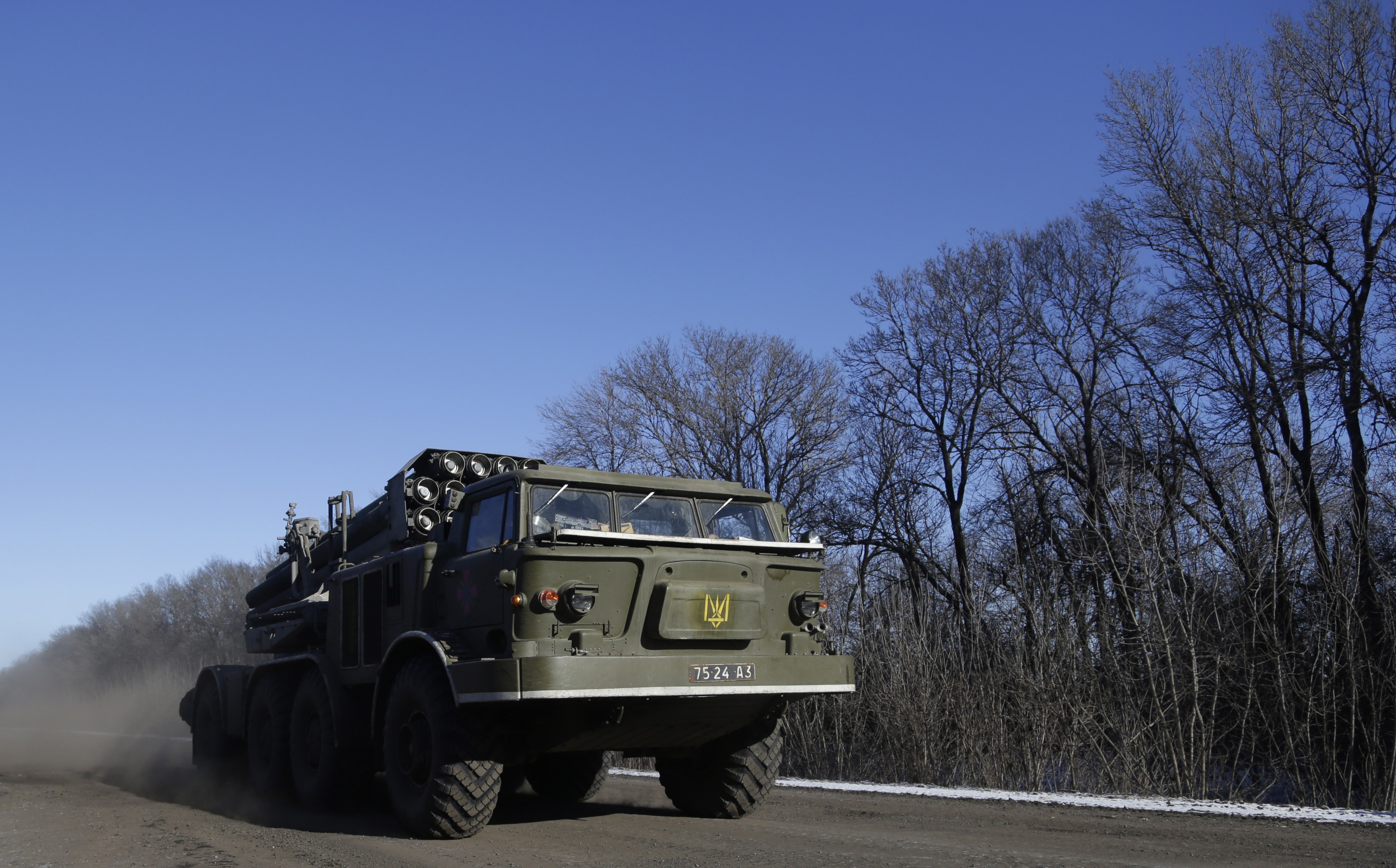 The Ukraine-Russia ceasefire is already ‘in tatters’ thanks to fighting in Debaltseve.  Some sources say pro-Russian forces have seized Debaltseve’s railway; some say Ukraine is denying that rebels have taken control.  President Vladimir Putin says, yes, there is fighting in Debaltseve, but less than there used to be, and insists that, overall, violence has considerably decreased.  The U.S. has openly accused Russia of violating the Minsk agreement and threatened to retaliate.  As Roger Boyes puts it: ‘The amputation of Ukraine is proceeding well.’  In any case, troops on both sides have failed to pull back weaponry from the frontline in eastern Ukraine, missing the deadline set by last week’s Minsk agreement.  A group of investigative journalists in Britain say they have near conclusive proof that Russia has been shelling Ukraine from across the border.  Germany will overhaul its security strategy in response to Russia’s use of power and military force to assert its interests. Canada is imposing sanctions against Rosneft and the head of Rostec in protest against Russia’s activity in eastern Ukraine.  A subsidiary of Rostec, whose head is also under U.S. sanctions, has won a $4 billion oil refinery project in Uganda.

In an appeal against the suspended sentence he was given last year, prosecutors had been pushing for Alexei Navalny to be jailed for ten years; but the court upheld his suspended sentence, and dropped the terms of his house arrest.  The women’s rights organization For Feminism has its work cut out for it, if these comments by various Russian political and religious figures are anything to go by.  There is no shortage of individuals who resist the status quo in Russia, but the societal milieu in which this is expressed is different to the West, says Maxim Trudolyubov.  Russian police have been banned from leaving the former Soviet Union.

Russia’s top five oil companies have requested a relaxation of environmental regulation as a way of increasing oil revenues.

PHOTO: A Ukrainian army’s truck with a Smerch missile launcher passes on a road stretching away from the town of Artemivsk, Ukraine, towards Debaltseve, Tuesday, Feb. 17, 2015. (AP Photo/Petr David Josek)