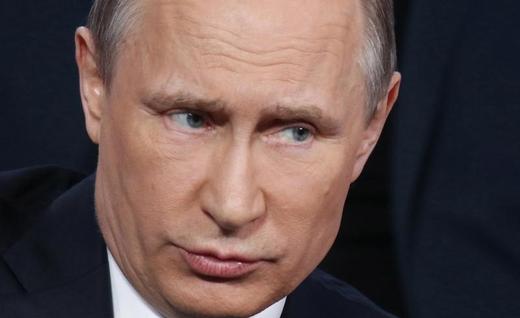 In the immediate wake of President Vladimir Putin’s marathon telephone call-in, various regional disasters have been reversed on his command, including three cases of unpaid wages, and the case of a boy who was not admitted to summer camp.  Putin’s official income rose by $15,000 last year, bringing his total annual declaration of property and earnings to a modest $133,000 (with no mention of lavish assets or investments; the CIA in 2007 estimated Putin’s wealth at $40 billion).  Bloomberg discusses the President’s announcement that the Central Bank will not be printing money to deal with the economic crisis, but that the goal is in fact ‘to change our economy’s structure’, with emphasis on investment and efficiency.  Nikolai Petrov speculates that the new National Guard will put pressure on the business community by seeking to obtain ‘protection money’.  Putin praised Russia’s current ‘migration inflow’, in particular the young scientists that are, he says, being successfully attracted by higher education grant programs.  The Kremlin issued an apology to German newspaper Süddeutsche Zeitung and U.S. investment bank Goldman Sachs for false comments made by President Putin alleging that the paper was owned by the bank (in a bid to discredit it for playing a key role in the Panama Papers exposé).

Saratov Judge Tatyana Leskina has been fired after accepting a lawsuit calling for the dismissal of the President.  A statue of LDPR party leader Vladimir Zhirinovsky is to be dismantled for ‘contributing to the formation of false ideological values’.  Filmmaker Michael Lucas exposes Russia’s widespread homophobia in a new movie; the New York Times posted the trailer.  Thanks to its prohibition against women working in 38 of its industries, including ship mechanics, train driving, diving, and blacksmithing, Russia is currently the country with the most job-related barriers, according to the World Bank.  Russia’s first ever state-run center to provide care for children with autism has opened at the Moscow State University of Psychology and Education.

This weekend’s OPEC and non-OPEC producers meeting in Qatar, aimed at boosting global oil prices by capping production, ended without an agreement.  Oil Minister Alexander Novak says Russia has not closed the door on the deal.  The Polish Foreign Minister believes that Russia is a more dangerous, more ‘existential’ threat than Islamic State (because it has the power ‘to destroy countries’).  Moscow’s Deputy Finance Minister says the West’s ongoing anti-Russia sanctions are pushing the country into deeper financial ties to China.