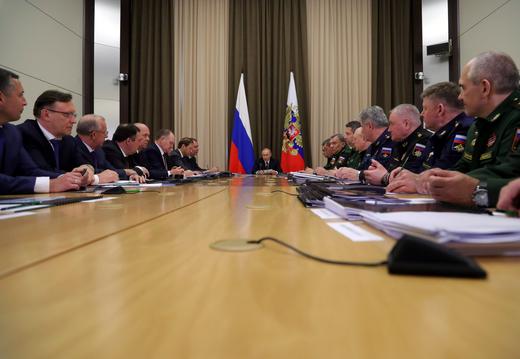 The European Union has filed a request with Ukraine for information regarding the ban placed on Russian search engine Yandex, Mail.ru, and popular Russian social media sites including VKontakte and Odnoklassniki, as collectively they are used constantly by “the majority of the population”. Vkontakte, Russia’s version of Facebook, sent instructions to its Ukrainian users on how to circumvent the ban. The Kremlin says Ukraine’s accusations that it was behind a cyber attack on Ukrainian President Petro Poroshenko – the event that led to the ban in the first place – are baseless. This piece points out that Russia itself has banned 5 million websites. President Vladimir Putin intervened in the latest Trump scandal, declaring that nothing secret was revealed during Russia’s most recent high-level meetings with the White House, and further that he could prove it with a “record” of what was discussed. The New York Times said the offer “seemed designed to unnerve and confuse”.

Opposition leader Alexei Navalny yet again has had to postpone the opening of his election campaign headquarters in Moscow; this is just the latest in a string of difficulties for Navanly, who has had cancelled leases from landlords all over the country. About 100 gay rights activists held a flash-mob demonstration in St Petersburg yesterday to mark the International Day Against Homophobia. The Russian economy has come out of recession but is still near stagnation for the second quarter in a row. The Finance Ministry is looking to cut this year’s budget deficit by almost $15 billion. The Kremlin reportedly paid a Russian pop star $35,000 to appear in a music video mocking anti-Kremlin oppositionists and activists.

Former FBI director Robert Mueller has been named as the special counsel to oversee the FBI’s investigation of Russia’s alleged influence over last year’s US presidential elections. Former top US officials want the current US administration to be more aggressive in “shap[ing] Russian thinking”. The Culture Ministry is considering hiking the prices of Hollywood film tickets in a bid to save the Russian film industry.