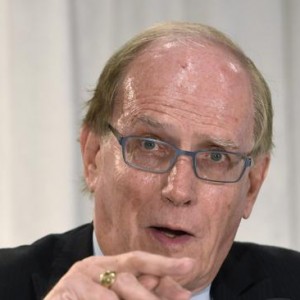 A new report by Canadian law professor Richard McLaren for the World Anti-Doping Agency into drug use at the Olympics has found that Russia’s ‘Ministry of Sport directed, controlled and oversaw the manipulation of athlete’s analytical results or sample swapping, with the active participation and assistance of the FSB’.  As the International Olympic Committee mulls the findings of the report (which some say should result in Russia being completely banned from the Rio 2016 games) President Putin has warned that the Olympic movement could ‘wind up on the edge of schism’.  Prime Minister Medvedev has suspended Deputy Sports Minister Yury Nagornykh, who was named in the report.

A proposition to build a statue of Ivan the Terrible in the city of Oryol has raised the ire of local residents, one of whom notes that in the past 500 years, over the course of different regimes, no one has ever tried.  The FSB has apprehended an employee of the Organization for Security and Co-operation monitoring body for allegedly spying for Ukraine.  The thwarted coup in Turkey seems to be having a positive impact on the Russian ruble as investors looks eastwards.

In a Moscow Times op-ed Vladimir Frolov explains why, to his mind, the war on terror is ‘instrumental’ in promoting Russia’s foreign policy goals.  Retails sales have apparently contracted for a record 18th month in June, as consumers continue to cut back on purchases of basics, such as food and medicine.