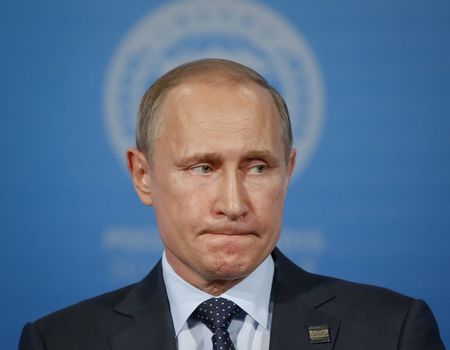 Foreign Minister Sergei Lavrov says he suspects Ukraine is preparing a new offensive against pro-Moscow separatists in the country’s eastern regions, sparking speculation that Russia has sent its own troops back to the regions (which it denies).  Ukrainian President Petro Poroshenko accused President Vladimir Putin of visiting Crimea yesterday with the aim of stirring tensions in eastern Ukraine and continuing what he called a plan to escalate.  Putin stressed the importance of honouring the history of the Crimean war during his visit.  Long-time Putin ally Vladimir Yakunin, the head of state rail monopoly Russian Railways, is rumoured to be stepping down from his post in order to take a role in the upper house of the Duma, says the Moscow Times.  But the New York Times says that Yakunin has not stepped down but been ousted, interpreting the event as a political shake-up, and his new role as ‘mostly ceremonial’.  Anti-corruption campaigner and opposition leader Alexei Navalny accused Putin spokesman Dmitry Peskov of spending just under half a million dollars on yacht rental this summer.

Magnetic, a new crowd-funded office supply venture, unites Russian and American entrepreneurs in spite of current political differences.  Putin proposed that Indian and South African citizens be granted visa-free travel to Russia, in part a bid to attract more foreign tourism.  Russia and Iran say they are united in their position on Syria.  Russia and China are either building a marriage of convenience, or a ‘lasting partnership to challenge U.S. dominance’, depending on your source. Russia may introduce mandatory fingerprinting for tourists from European nations.

The secretive so-called ‘troll factory’ of pro-Kremlin propaganda, as exposed by undercover employee Lyudmila Savchuk, has been instructed to pay her ‘symbolic damages’ after she sued them for alleged non-payment of wages.  Criticism of President Putin is harmful to children’s health, according to media watchdog Roskomnadzor.  Rolling Stone has new footage of Pussy Riot members discussing police violence in Russia and the U.S.