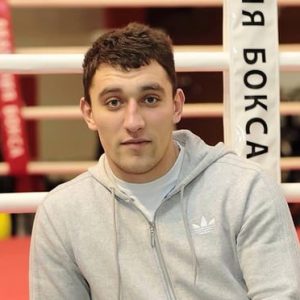 A Russian web-hosting provider has apparently suspended the Russian domain of the well-known US neo-Nazi website Daily Stormer, at the request of communications watchdog Roskomnadzor, which has instructed it to examine the site’s extremist content. Russia’s most popular social network VK is apparently still hosting the group however, even after it published an article criticising Heather Heyer, the victim of white supremacist violence in Charlottesville. Anti-corruption campaigner Alexei Navalny has set his sights on a new target: he alleges that Nikolai Choles, the son of Kremlin spokesman Dmitry Peskov, is the embodiment of elite privilege, having no evidence of a job and living a life of luxury. Following a campaign of harassment by local Cossacks, who believe that “feminism is extremism”, a women’s summer camp in Krasnodar has now been closed. Moody’s has placed Russia’s top private lender, Otkritie Bank, on review for a possible ratings downgrade, due to volatility in its deposits. Bloomberg reports on growing consumer confidence in Russia (thanks to increasing wages and low unemployment) and the problem it poses for banks.

Moscow and Warsaw remain engaged in a war of words over Russia’s involvement (or lack thereof) in the construction of a museum on the site of the former Nazi extermination camp in Sobibor. Foreign Ministry Spokeswoman Maria Zakharova decried Poland’s refusal to involve Russia as an act of “historical amnesia”; the Israeli Ambassador to Moscow has been summoned to the Foreign Ministry to clarify his country’s view on the matter. Investigators into the Kremlin-Trump connections should pay more attention to the role played by London-based oligarch Roman Abramovich, suggests this article. Was meddling in US presidential worth it for the Kremlin? David Ignatius says no: it “has brought a string of adverse unintended consequences for Moscow”. According to a new Levada poll, 49% of Russians believe that asserting Russia’s dominance on the global stage should be its top goal.

Contrary to claims that it would reduce its forces in Syria, Russia is in fact expanding them, but the objective now is allegedly securing Russia’s economic interests in the spheres of oil and gas. One of the main actors in Syrian reconstruction is reportedly Chechnya; the New York Times considers whether Vladimir Putin has become hostage to the state’s leader, Ramzan Kadyrov.

PHOTO: Nikolay Choles, the son of Vladimir Putin’s press secretary,who moved to the UK in the 1990s with his mother. (Facebook)