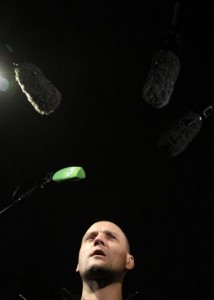 Various reports are circulating about TNK-BP today.  Alfa-Access-Renova, BP’s Russian partners in the TNK-BP venture, has apparently agreed to sell its stake to state-owned Rosneft for $28 billion. ‘If the report is true, the value of the stake appears to be a setback for AAR, which turned down an offer by BP and Rosneft in May 2011 to cash out of TNK-BP for $32 billion.’  The Guardian says that Rosneft boss, Igor Sechin, has flown to London to seal the deal; other sources, on the other hand, say that Sechin is in London to discuss Rosneft’s acquisition of BP’s holding, also, and suggesting that Rosneft is going to buy up both halves of TNK-BP ‘after holding audacious overlapping takeover talks’ with both sides.  None of the companies involved have confirmed.  In any case, Deputy Prime Minister Arkady Dvorkovich says he is opposed to a deal between Rosneft and TNK-BP, and that the former still needs to secure a green light from the government on the deal before going ahead.  Nils Pratley is skeptical of the deal: ‘Rosneft shares have gone nowhere for years and BP may soon own 10% of them, as junior partner to the Kremlin, where the outcome of tomorrow’s power struggles is anybody’s guess.’  Reuters has a timeline of BP’s history in Russia.  Energy Minister Alexander Novak insists that Rosneft’s taking a controlling stake in the venture would not turn Russia’s energy industry into a virtual monopoly.

Many see the newly-opened investigation into the activities of opposition figure Sergei Udaltsov as an escalation in the government’s crackdown on prominent anti-government voices.  Udaltsov has now been placed under house arrest after being questioned about a plot to seize power in Russia. Brian Whitmore says NTV, the station that aired the secretly filmed footage that has incriminated Udaltsov, would be better dubbed ‘Siloviki TV’.  Pussy Riot member Yekaterina Samutsevich says ‘Russia is like one big prison.  In or out, you are always under someone else’s control.’  President Vladimir Putin says that only the U.N. Security Council has the power to restrict Russian weapons sales abroad, in a criticism of the West’s ‘dictat[ing] to Russia on how it should trade and with whom’.

The business ombudsman is seeking to put in place easy mechanisms for businesspeople to register complaints about unsatisfactory dealings with the government.  A number of business groups in Russia are lobbying the Kremlin to rethink its refusal to sign the Kyoto 2 treaty.  A Levada Center poll indicates that only 17% of Russians believe that the United States treats Russia with respect.

PHOTO: Opposition leader Sergei Udaltsov talks to the media after leaving a building of the Russian Investigative Committee in Moscow, October 17, 2012. (Maxim Shemetov/Reuters)