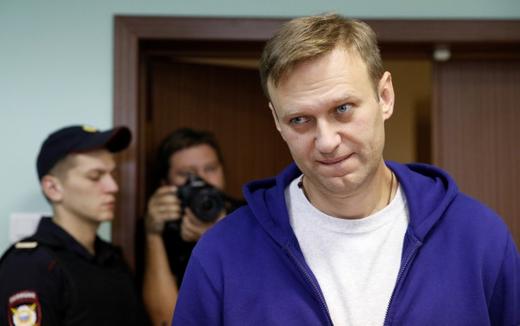 The European Court of Human Rights has ruled that Russia violated the rights of opposition leader Alexei Navalny and his brother, Oleg, in convicting them of embezzling 30 million rubles from companies including French cosmetics giant Yves Rocher, because their convictions fell outside of the definition of fraud, and that their right to a fair trial was violated. The ruling called the 2014 conviction “arbitrary and manifestly unreasonable”. Olga Mikhailova, the brothers’ lawyer, said that the judgement means that the Supreme Court must repeal the original ruling. Central Election Commission chief Ella Pamfilova warned Navalny’s backers that he will not be able to run for presidency until 2028 because of his conviction, but that as “a young politician with a future, he has every chance”. RBC has released information about the online activities of the Kremlin’s “troll factories” in the run up to last year’s US presidential elections. The Moscow Times says recent high-level regional shake-ups should not come as a surprise or be considered a “new wave” of dismissals, given that personnel changes in the provinces “is nothing new”, but that they are certainly related to the upcoming presidential elections.

The Kremlin’s anti-extremism department wants the parents of minors who attend unauthorised rallies to be punishable under the law. Timur Valiulin, the head of the department, said he was particularly concerned by the “alarming” number of high-school students attending rallies this year.  Director Kirill Serebrennikov, who is charged with embezzling state funds allocated for a theatre grant, has had his house arrest prolonged by a Moscow court. Serebrennikov will now remain in detention until January 19, after prosecutors told the court that he was at risk of fleeing the country. “I have an interest in the truth prevailing,” he said. “You only run away when you are guilty.” Yury Bykov, the director of a television spy thriller that caused a public uproar by liberals who accused him of defending Putin’s regime, announced that he will stop making films.

Russia is ramping up pressure on Serbia to grant diplomatic status to its staff at its Balkans base. Moscow has been ranked the world’s fourth-safest megacity for women.