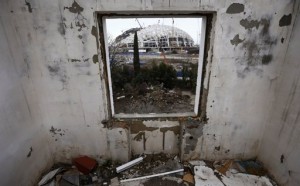 The Investigative Committee is demanding answers from Texas officials over the death of a 3-year-old Russian boy adopted into an American family.  The children’s rights ombudsman, Pavel Astakhov, took to Twitter to make accusations about the child’s death, despite no conclusive investigation having yet been made.  Meanwhile, a new bill that redefines the conditions under which Russian children can be seized from their ‘socially vulnerable’ families has sparked fear among critics.  Eight suspects have been arrested in connection with the deal of Mikhail Pakhomov, who was found in a barrel of cement in Lipetsk this week.  In the aftermath of this week’s meteor explosion, some Chelyabinsk residents are cashing in on their meteorite finds, leading to police investigations to verify the authenticity of sellers’ wares.  Masha Gessen explains why so many meteor conspiracy theories have arisen.  Dmitry Rogozin says that Russia ‘must create a system to detect objects that threaten Earth and neutralize them’.

Activist Ilya Yashin will be investigated to discern the source of $15,000 seized from him during a raid last summer. ‘What do you called armed men in masks who break into your home in your absence and take your money and valuables? Some would call them robbers. They prefer to call themselves investigators.’  A court has ruled that the trial of dead lawyer Sergei Magnitsky will be postponed for a second time, to begin again on March 4.  His family boycotted the beginning of the court hearings, and maintains that the case is ‘politically motivated’.  Russia continues to insist that it is merely fulfilling contractual obligations by supplying weapons to Syria, but Western diplomats say it is reneging on an earlier pledge to cease supplies.  It will send two planes to Syria today to deliver humanitarian aid and evacuate some of its citizens.  Rosneft is in talks with China to increase its oil supplies there and possibly also to jointly develop Russian offshore energy deposits.

The FT discusses the ‘image problem’ that makes Russian stocks difficult to sell to U.S. investors.  The central bank defends its monetary policy and accusations of high borrowing costs, saying that it offers funding to lenders at real rates or below zero.  Prime Minister Dmitry Medvedev wants his government to find ways of reducing bureaucratic obstacles to regional investment.

PHOTO: A picture shot through the window of a house that has to be torn down as it is within the perimeters of the Olympic Park shows the Olympic stadium for the Sochi 2014 Winter Olympics at the Olympic Park in Adler, near Sochi February 18, 2013. REUTERS/Kai Pfaffenbach