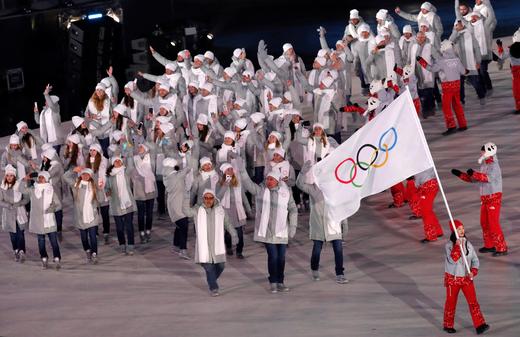 TODAY: US charges 13 Russians over “troll factory” disinformation, Lavrov dismisses indictment; RIA registers as foreign agent in US; clashes at Munich Security Conference between Russia and US; Russian Olympic medallist suspected of doping.

The US has officially charged 13 Russians plus the Internet Research Agency (aka the troll farm) over interference in the 2016 US presidential election. The Guardian lifts some of the indictment’s more interesting details, such as the extensive activities of the troll farm, whose budget was spent on “much more than simple trolling”. This piece notes that the troll farm has been closely linked to the Kremlin, but that proof would be difficult to obtain; Putin does not give direct permission for such operations, says one analyst, partly because “[he] never really uses the internet, so he doesn’t understand how it works.” Foreign Minister Sergei Lavrov described the report as “blather”. The FT traces Russia’s use of disinformation back to the second Chechen war in 2000, and says that it has outsourced disinformation campaigns to manage overseas operations since then. US-based Russian news outlet RIA has registered as a foreign agent.

Russia analyst Eugene Rumer tells Bloomberg that a significant aim of Russia’s involvement in Syria has been to demonstrate its integral role in European security. At the Munich Security Conference, Sergei Lavrov criticised the NATO build-up in Europe and the West’s “dangerous” stance on Syria. He said that the US acts self-interestedly in Europe, using Russian expansion as an excuse, and he also suggested that those opposed to the Nord Stream 2 pipeline should consider the serious economic benefits of cheaper transit costs. Dan Coats, the US Director of National Intelligence commented on the annual gathering, saying, “I am amazed that … the Russians come, they send someone, every year to basically refute the facts.”

A Russian medallist in curling at the Pyeongchange Winter Olympics failed a preliminary drugs test. A school director in Dagestan said that a student campaign supporting the re-election of President Vladimir Putin was organised by the children themselves. “The paranoid outburst was an insight into the curious duality so often present in the Russian psyche: aggression and insecurity,” writes Shaun Walker.

PHOTO: A volunteer carries the flag of the Olympic Athletes from Russia, February 12, 2018. (REUTERS/Eric Gaillard)