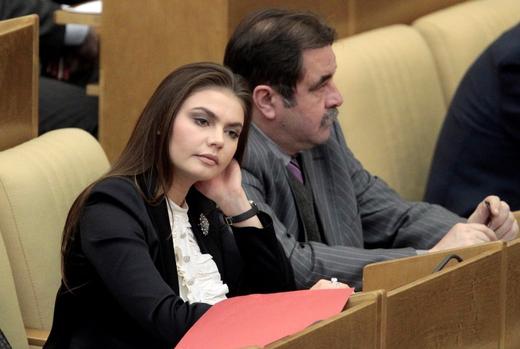 TODAY: Russian fighter jets graze US planes twice in one week, so much for Putin’s cosy rhetoric; Russia is only country that wants Trump; Bastrykin slams US ‘hybrid war’; Novak not worried about OPEC failure, Venezuela blames US; Abramovich to increase share of Norilsk Nickel; Peskov’s income four times greater than Putin’s.

A Russian fighter jet not only grazed a US spy plane last week, but also ‘performed a barrel roll during the manoeuvre’. The Pentagon called the stunt ‘unsafe and unprofessional’, but it was arguably less menacing than last week’s iteration, in which Russian attack plants ‘buzzed’ a US Navy destroyer by a mere 30 feet in the Baltic Sea ‘multiple times’.  Brian Whitmore points out the stark contrast between these actions and Putin’s cosy words about Barack Obama over the weekend.  Russia is the only country that would like to see Donald Trump as the next US President, according to a YouGov survey.  Investigative official Aleksandr Bastrykin blames the US for waging a ‘hybrid war’ and destructively influencing Russian society.  Bloomberg View says the notion of Russia as a besieged fortress is classic siloviki rhetoric.

Energy Minister Alexander Novak doesn’t believe that the failure of the OPEC talks in Doha over the weekend will create any volatility in the oil market; the Independent notes that prices are already sliding, down 4.32% for Brent crude, and the Central Bank is ready to handle a drop.  Venezuela’s Oil Minister is blaming the United States for the talks’ failure, accusing them of exerting too much pressure.  The board of Norilsk Nickel approved the sale of 0.79% of its shares to oligarch/billionaire Roman Abramovich, bringing his total stake to 6.3%.  Coal and steel producer Mechel signed a debt restructuring deal with Sberbank.

Dmitry Peskov has followed Vladimir Putin in declaring his income this week, revealing that he earns four times as much as his boss, not just because of his salary but ‘sadly’ also due to his family inheritance.  Peskov owns three apartments to Putin’s trailer, plot of land, and Russian-made cars. VICE news pinpoints Russia as currently the most vocal proponent of the drug war, and credits it with creating a domestic HIV crisis.  John Lloyd tries to predict the next Russian revolution. Russia is building a bridge to connect it to Crimea.  A senior law enforcement official wants dismissing the referendum under which Crimea joined Russia to be a crime.  The State Duma wants to make it illegal to outrage the national anthem.