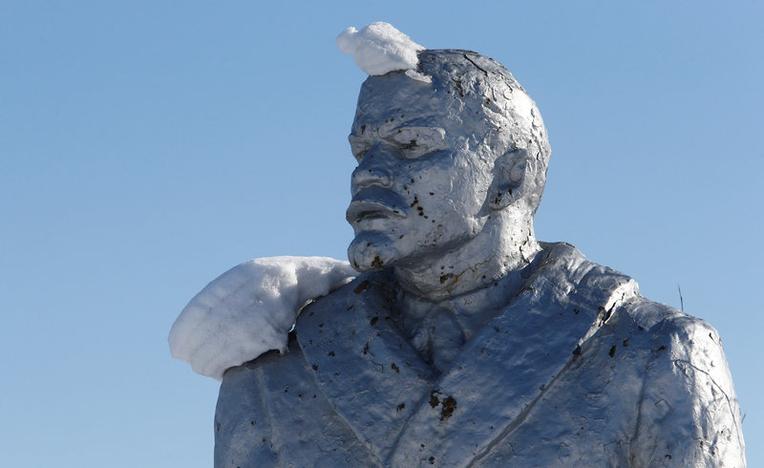 The US military reported that it made a “safe and professional” intercept of two Russian bombers in international airspace off the coast of Alaska yesterday. Lawmaker Leonid Levin says RFE/RL, Voice of America and CNN are all part of a “wide-reaching American system of pressure” targeting Russia, but has no plans at present to investigate their compliance with Russian law. Moscow says it has no particular interest in the upcoming snap parliamentary election in the UK, and that the Kremlin will not pay any particular special attention to it. Reuters estimates that the death toll of Russian forces in Syria’s Palmyra this year now stands at 21. The man accused of orchestrating the St Petersburg metro bombing on April 3 says he was an unwitting accomplice who was acting under orders. The Guardian reports on Google’s settlement with the Federal Antimonopoly Service, saying that it sets a new precedent for the company, which has until now resisted the pre-installation of rival search engines on the Android system.

The Washington Post spoke to author James Kirchick, whose book, “The End of Europe: Dictators, Demagogues, and the Coming Dark Age” argues that the rise of the global right is thanks to Russia. “[T]hey’re basically setting themselves up as the last defenders of sovereignty,” Kirchick says. A group of pensioners in Karelia have set up a camp in a pine forest to block a mining company from cutting it down. “We and the forest are inseparable.” Despite a long history of cooperation, Sovcomflot is suing Venezuela’s PDVSA for the garnishment of an oil cargo. En+ Group, which manages Oleg Deripaska’s businesses, reported 2016 core earnings of $2.3 billion, its first public disclosure of financial results in two years.

Former employees of the Kremlin’s “troll factories” talk about their former jobs stirring trouble on the internet. The New York Times reports on Russia’s current heavy influence on the fashion industry.

PHOTO: A monument to Soviet state founder Vladimir Lenin, partly covered with snow, is seen in the settlement of Ust-Nera in Oymyakon district of the Republic of Sakha (Yakutia), Russia, March 21, 2017. REUTERS/Sergei Karpukhin