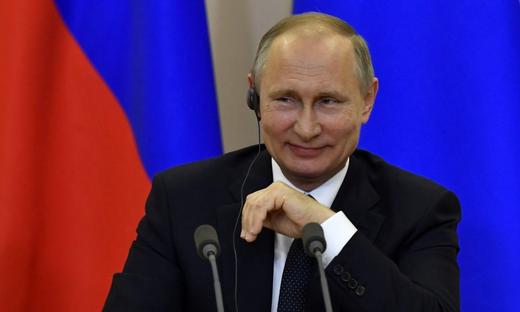 A ferry service running between Russia and North Korea made its inaugural voyage yesterday, in spite of US calls for countries to end relations with Pyongyang over its nuclear programmes. If the US wants to get anywhere with North Korea, says Bloomberg, it needs to work with Russia. President Vladimir Putin had his first call with the new French President, Emmanuel Macron yesterday, in which they discussed possible cooperation on the Ukraine crisis. Rosneft head Igor Sechin says Russia needs to find a way of extending its cooperation with Saudi Arabia beyond the end of the OPEC-led production cuts deal currently in place, if they want to ensure dramatic market consequences. Russia’s ideology is not one of a united nation, but of a nation subordinate to the state and its leader, argues the New York Times in a broader piece about Russian national identity. Canada’s decision to support its own version of the Sergei Magnitsky Act (as adopted in the US) has upset Russia, who called it “an unfriendly act” and threatened that further isolation from Russia would cause Canada to “lose”. Moscow also said it plans to retaliate.

Tycoon Alisher Usmanov and opposition leader Alexei Navalny have exchanged video attacks in rejection of a Moscow court’s proposed settlement in their defamation suit, which Usmanov filed against Navalny’s Anticorruption Foundation in April. Usmanov’s video seemed to be mocking Navalny’s use of video blogs in his campaigns. He insults Navalny as a “loser” and “failed businessman” and ends saying “I spit on you”. Yuri Kuliy, an activist who took part in Navalny’s unauthorised antigovernment protest in March, has been sentenced to eight months in a colony settlement for assaulting a police officer. He is the first demonstrator to face the court since the protest.

Foreign Minister Sergei Lavrov says Russia is absolutely against the creation of NATO-like military-political alliances in the pursuit of world security. He also mocked this week’s US news reports claiming that US President Donald Trump leaked sensitive information about terror threats with Russian officials. The Kremlin has no comment on the latest Trump-FBI scandal. The World Anti-Doping Agency (WADA) says it can not rule Russia compliant until more work has been completed, including the removal of Olympic pole vaulter Yelena Isinbaeva as chair of the Russian Anti-Doping Agency (RUSADA). Russia is waiting to hear whether proposed changes that would ban it from participating in this winter’s Olympic’s will be approved.