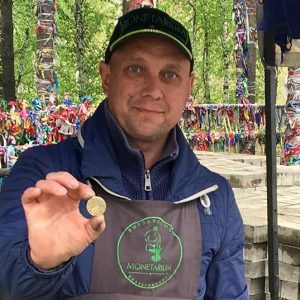 The European Union has decided to extend economic sanctions on Russian-held Crimean businesses until mid-2019; they have been in place since 2014 in response to Moscow’s annexation of the Black Sea peninsula from Ukraine. One of the results of US sanctions, imposed in April for alleged interference in the presidential election, is to have sent Russian companies back to the Moscow Exchange: 60% of dual-listed stocks of Russian companies are now handled here, compared to 44% in 2014. The Moscow Times examines the modest economic effect that the World Cup is having on citizens in Yekaterinburg, on the Russian border with Asia. The atmosphere of bonhomie and exuberance witnessed in Russian cities thus far during the World Cup makes it hard to remember that public gatherings when organised by opposition activists normally end in arrest. Officials have pledged no action will be taken when an England fan and LGBT rights activist unfurls a rainbow flag during an England match, despite coming up against Russia’s homosexual propaganda ban.

The US Senate has passed a major defense bill that would prevent U.S. F-35 fighter jets being sold to Turkey unless the latter renounces a deal to buy S-400 missile defense systems from Russia. This article considers how Russia may stand to benefit politically and economically from Trump’s decision to withdraw the US from the Iran nuclear deal. The Nord Stream 2 gas pipeline has raised fears among European states (in particular Ukraine) that Russia will use gas exports as a political weapon: read here about how their fears may be justified.

Ukrainian ombudswoman Lyudmyla Denisova has reportedly been denied access to imprisoned Ukrainian journalist Roman Sushchenko in a Moscow detention center; this follows her already thwarted attempts to visit jailed director Oleg Sentsov and fellow Ukrainian Mykola Karpyuk, both of whom are jailed in Russia on what critics say are trumped up charges. A Russian blog editor accused of trying to extort a lawmaker in Sochi has been hospitalized after prosecutors reported he allegedly stabbed himself in the stomach; Aleksandr Valov was charged with trying to extort money from deputy Yury Napso, an accusation he says is politically motivated payback for allegations he made about Napso’s brother. A Russian artist whose satirical images of nationalist lawmaker Natalya Poklonskaya saw him receive death threats tells RFE/RL about seeking asylum abroad. In an apparent lesson to all do-gooders out there, Russia’s Teacher of the Year in 2007, Dmitry Gushchin, is being sued by the government after he exposed cheating ahead this year’s national high-school graduation exam.