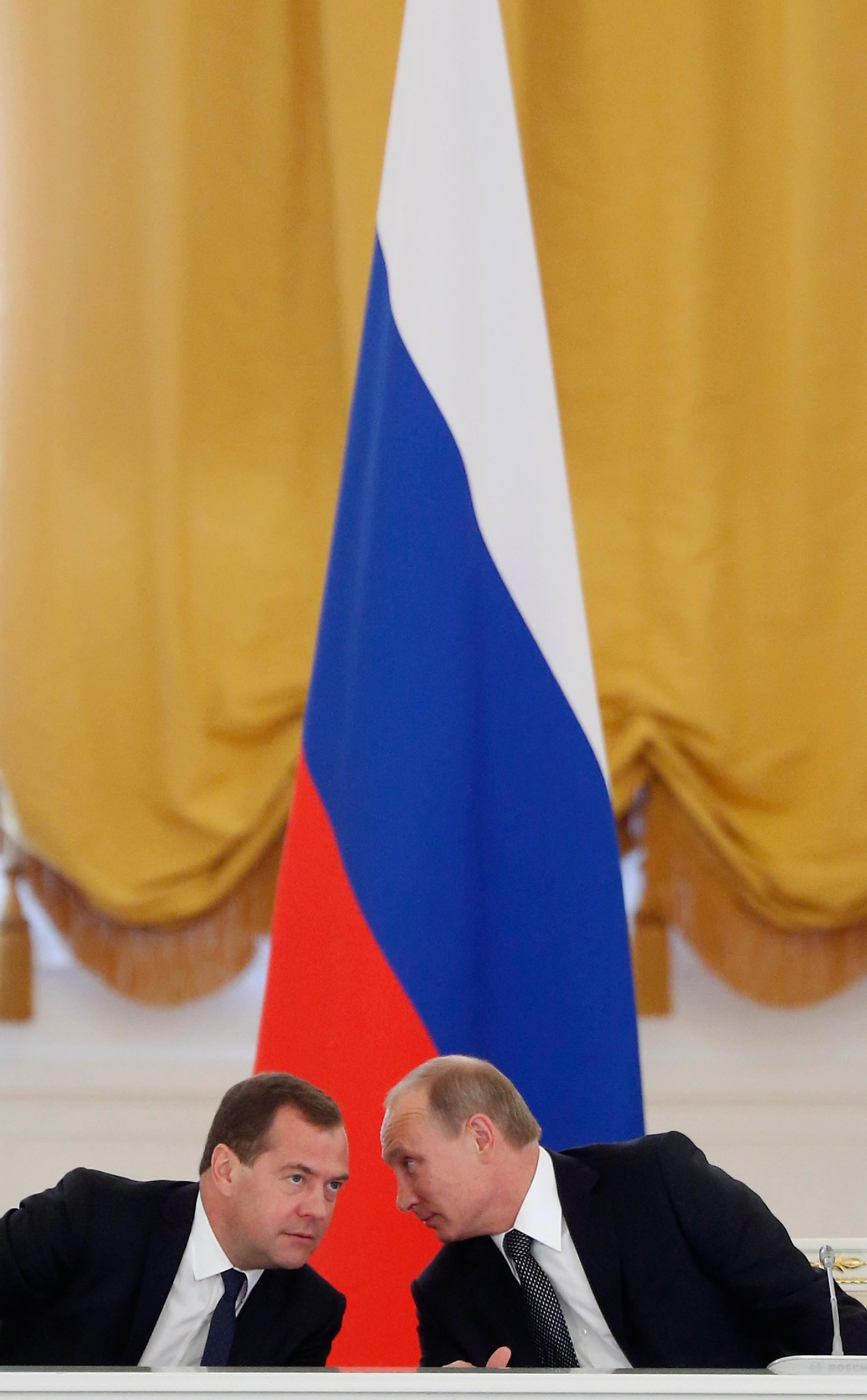 The Kremlin’s new ‘fragile’ budget for 2015-2017 showed a heavy reliance on high oil prices and reserves; Prime Minister Dmitry Medvedev said the biggest challenge for the budget was the ‘uncertainty’ regarding ‘how fast [investor] trust will return’, and acknowledged that the budget had been drawn up under ‘such difficult conditions, when the slowing of our economy coincided with the sanctions imposed against some sectors of our economy’.  President Vladimir Putin says the sanctions against Russia are in violation of World Trade Organisation principles, and that Russia’s only retaliation would be to develop its domestic market – a natural ‘competitive advantage’.  The timing of Vladimir Yevtushenkov’s arrest could not be worse, says the Financial Times.  Alexei Ulyukayev, the economic development minister, was the first Kremlin official to agree, saying that the arrest ‘complicates investors’ decision-making’ and puts the current negative investment growth forecast for the year under threat.  This article speculates that Rosneft may be the one ‘maneuvering to takeover Bashneft’, the subsidiary oil company of Yevtushenkov’s Sistema.  A draft bill that would limit foreign ownership of Russian media assets to 20% will also damage the business climate, but is apparently supported in its early stages by the Kremlin.

A BBC news team was beaten up, had their camera smashed and their hard drive wiped as they attempted to cover a story about the death of a Russian soldier in Ukraine; they conclude that the deaths of soldiers reveal too much that contradicts the state line that Russians fighting in Ukraine are volunteers.  The OSCE says that such attacks on journalists in Russia investigating soldier deaths near the Ukrainian border is becoming a trend.  The U.S. pledged $53 million in aid to Ukraine to help it fight against Russia’s onslaught.  Russia is demanding that the E.U. make changes to its free trade deal with Ukraine, renewing its earlier threat to deny the latter access to Russian markets.  Novelist Mikhail Shishkin called the invasion of Ukraine a ‘black hole’ that has left Europe in a state of ‘pre-war’.

Poland is hoping to ease its reliance on Gazprom via a number of energy projects, including an LNG terminal and a new alternative pipeline route to Croatia.  Contrary to Business Week’s prediction that ExxonMobil would not give up its oil drilling projects in Russia at America’s request, the company just announced that it has halted drilling at an offshore oil well in the Arctic, in compliance with U.S. sanctions.  IKEA has announced plans to invest €2 billion in Russia through to 2020.