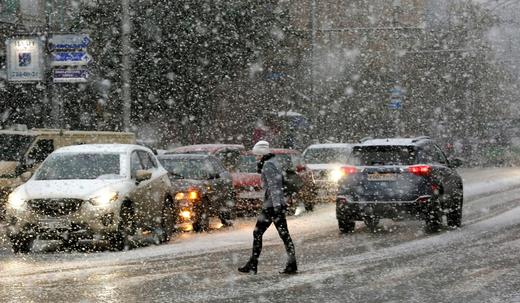 German Chancellor Angela Merkel will host Vladimir Putin, as well as the leaders of France and Ukraine, in Berlin today for talks on the Ukraine conflict; the visit will mark Putin’s first trip to Germany since the annexation of Crimea in 2014.  Merkel says that no one is expecting any ‘wonders’ from the meeting, but that dialogue must move forward.  The US and UK say that an eight-hour ‘pause’ on airstrikes in Aleppo is an insufficient basis for reopening talks, arguing that a ceasefire of at least 48 hours is called for.  Russia is urging other countries to join its efforts to restore order in Aleppo and ‘assist this humanitarian operation’.  In an interview with Kremlin news organ Rossia-24, the wife of Syrian President Bashar al-Assad condemned Western media for pushing its own agenda on the Syrian war.  Brian Whitmore argues that Putin is haunted by the ghosts of no less than five of his predecessors.

Despite yesterday’s denial of involvement by the UK government, Foreign Minister Sergei Lavrov says he does not believe that the decision to freeze RT’s British bank accounts with NatWest was made by the bank itself.  The ministry’s spokeswoman, Maria Zakharova, vowed that Russia would retaliate.  This report notes the number of times that RT has been sanctioned by Ofcom for its Kremlin-biased reporting on the Ukrainian crisis, and allegedly false reporting on Syria.  The Guardian spoke to Mikhail Zygar, the founder of the independent news network Dozhd, about his new book.  United Capital Partners, the private investment group that agreed to buy a stake in India’s Essar Oil, is planning to hold on to its stake for the next 3-5 years.

Sergei Ivanov, the President’s former chief of staff, has rubbished earlier reports that the Kremlin is planning to create a new security agency that would resemble the Soviet Union’s KGB, calling the claims ‘100% fake’ and pointing out that intelligence and counterintelligence services cannot operate under a single command.  Russia will not buy any more foreign-made civilian planes.

PHOTO: A woman crosses a street during a snowfall in central Krasnoyarsk, Russia, October 18, 2016. (REUTERS/Ilya Naymushin)