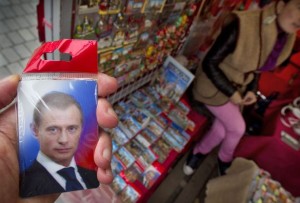 Ksenia Sobchak, the socialite-turned-political activist, has been cleared of tax evasion; the $2 million in cash removed from her apartment by authorities in June will be returned to her by federal investigators.  Oleg Deripaska and Michael Cherney have unexpectedly settled their long-running feud in an out of court deal, with Deripaska terminating his litigation just days before Cherney’s scheduled video-link testimony.  The New York Times looks at the recent Kremlin-influenced election in Ryazan, as RFE/RL reports on the opposition’s ‘free and fair’ online primary elections, to be held in late October, which will help the movement to form a 45-member Coordinating Council.  The Other Russia speaks to several NGOs about how they plan to deal with the Kremlin’s new law that labels them as ‘foreign agents’.  85-year-old Lyudmila Alexeyeva has reassured her supporters, reminding them that ‘Our human rights movement was born in the 1960s, when you could easily get a sentence or forced psychiatric treatment or exile.’

State Duma Speaker and United Russia member Sergei Naryshkin has accused European lawmakers of ‘Russophobic’ attitudes, and will snub a Council of Europe gathering in France accordingly; and Russian diplomat Anvar Azimov accused the European Union of trying to politicise talks about visa-free travel by linking them with human rights.  Russia may contest the E.U.’s ‘Third Energy Package’ rules, which restrict Gazprom’s control over its European pipeline assets, at the World Trade Organisation.  Belarus has reportedly avoided paying $1 billion in customs duty payments to Russia by mis-labelling its fuel exports.  Gazprom wants China to pay up front for its gas, to cover 40% of the costs of building the pipeline that will deliver it.  The new Ust-Luga Baltic Sea oil terminal in Leningrad ‘is likely to take away business from Ukraine, Belarus and Poland.’

The number of corruption-related crimes has increased by almost a third during the first six months of 2012.  Venezuela’s leader Hugo Chavez has been sent the gift of a ‘Stalin dog’ puppy from Vladimir Putin.  This piece discusses the ‘eccentric’ Alexei Mitrofanov, the Duma lawmaker who is about to be appointed as chairman of the committee to oversee mass media.

PHOTO: A souvenir seller at a stand on Ploshchad Revolyutsii showing a 100-ruble magnet that features Medvedev or Putin, depending on how it is held. (Igor Tabakov / Moscow Times)