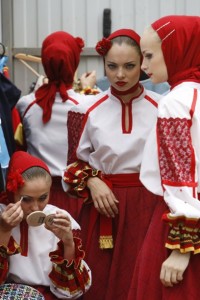 United Russia has denied ‘groundless and emotional’ accusations by the U.S. State Department that it had been a recipient of U.S. aid funds via participation in programmes sponsored by the International Republican Institute and the National Democratic Institute.  The FT compares the Kremlin’s stance on aid to the recent IPO of Sberbank: ‘So Russia is open to billions of dollars from foreign investors to help develop a mammoth state-controlled bank. But not to a few tens of millions of dollars a year in aid.’  Georgy Boyt says the expelling of USAID will only anger the opposition.  The State Duma has tentatively approved a new bill that would broaden the legal definition of high treason, a move which rights activists say will further enable the state to undermine the activity of NGOs.  Rosneft chief Igor Sechin says BP has proposed to buy more Rosneft stock if it exits TNK-BP.  BP supported Sechin’s statement, saying that it is ‘considering further investment in Russia regardless of who we sell our stake to,’ and revealed that it is considering appointing a Russian director to its board.  This article suggests that Gazprom is losing its clout, and considers the economic future in Russia without it, given that the company ‘accounts for 12 percent of all Russian exports’.  Former Finance Minister Alexei Kudrin says Russia is ‘on the brink of stagnation’, with economic growth of less than 3%, and says that a lack of solid reform is putting off investors.

Vladimir Milov, the chairman of opposition party Democratic Choice, talks to the LA Times about the current state of the opposition movement, and slams Alexei Navalny for failing to run in the March presidential elections.  In the wake of Sberbank’s successful share listing, Promsvyazbank, which is not owned by the state, is planning IPOs in Moscow and London.  Michael Cherney and Oleg Deripaska are the latest pair of oligarchs to take their grievances to London’s High Court.

The mastermind of Russia’s 1994-1996 Chechen campaign, Pavel Grachev, has died in Moscow.  Vladimir Putin ‘seriously needs rebranding’, according to a former Kremlin spin doctor.  Prime Minister Dmitry Medvedev made a veiled attack on Putin’s methods of dealing with business leaders at a Sochi forum on Friday.  A court in Arkhangelsk has overturned a lower court’s ruling to reduce the prison sentence of Platon Lebedev, the former business associate of Mikhail Khodorkovsky.  IKEA has removed a Pussy Riot-inspired photograph from its website, insisting that it cannot allow its advertising project ‘to be used as a platform for campaigning’.

PHOTO: Members of an ethnic Nekrasov Cossack community attend a festival to celebrate the anniversary of their return to their homeland in the village of Novoumsky, some 300 km (186.4 miles) west of the South Russian city of Stavropol September 22, 2012. REUTERS/Eduard Korniyenko