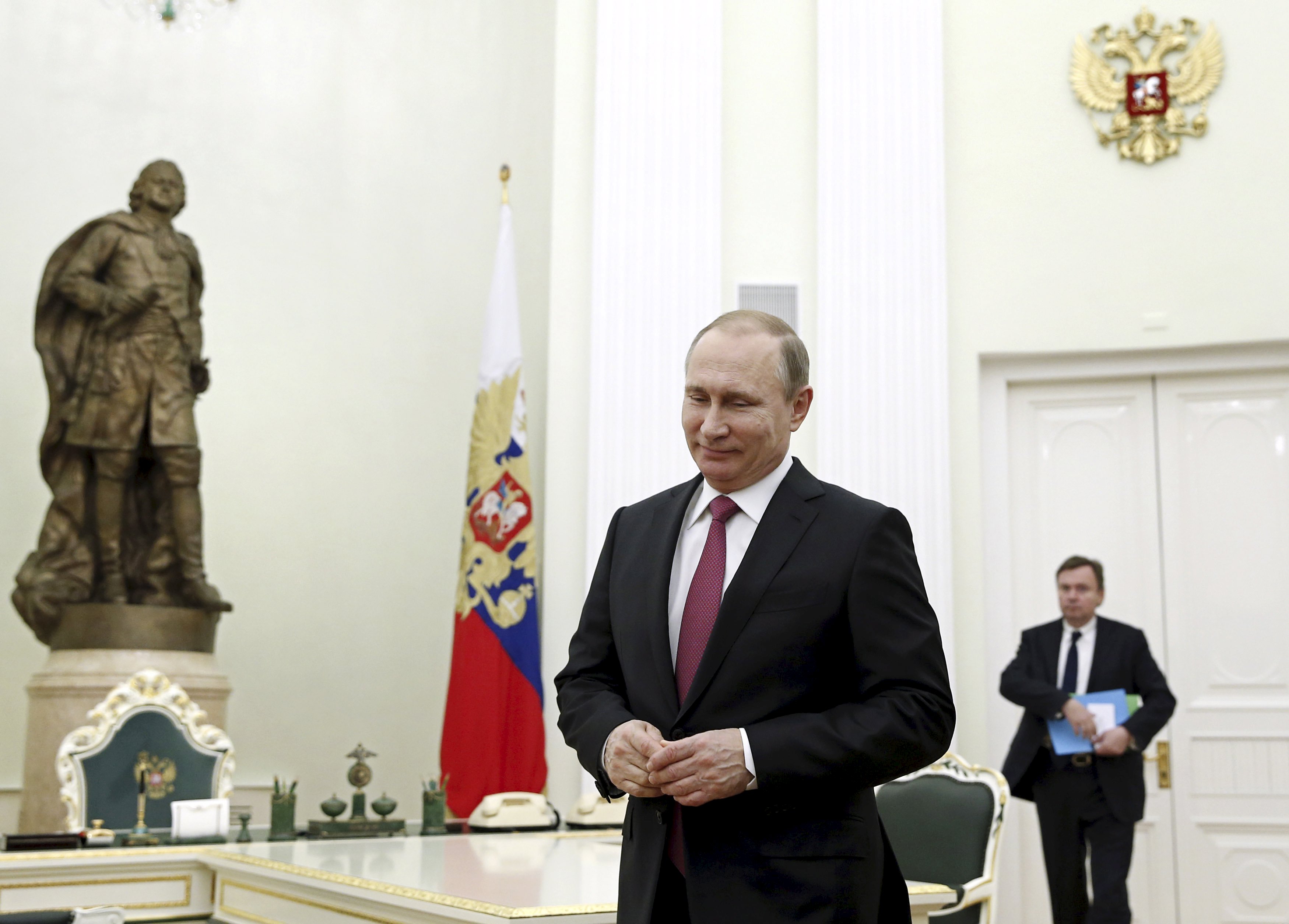 The International Monetary Fund further slashed its economic growth forecast for Russia, and says it is expecting the country’s recession to continue through the end of this year.  Former Soviet Union leader Mikhail Gorbachev is warning Russia to increase efforts to diversify its economy away from oil and gas.  President Vladimir Putin will take part in a small business session at the All-Russian Business Forum today.  The Health Minister has been quoted as saying that Russia plans to prevent graduating doctors from working in private practice until they have completed a certain amount of time working in state hospitals, in a bid to solve staff shortage issues.  The Duma will debate its second homophobic proposed legislation in two weeks, with a bill that seeks to criminalise public displays of affection between same-sex couples.  In pictures: Russian Orthodox Christians celebrated Epiphany last night by plunging into ice water.

Opposition activist Vladimir Ionov has been added to Russia’s wanted list after failing to attend his own trial last month, for charges of attending more than two unauthorised protests in six months.  Chechen leader Ramzan Kadyrov continued his verbal attacks on anti-Kremlin opposition, writing an editorial in pro-Kremlin newspaper Izvestia in which he vowed to send activists to psychiatric hospitals to treat their ‘mass psychosis’.  The Washington Post notes that it is almost a year since opposition politician Boris Nemstov was murdered by men thought to have ties to Kadyrov, quoting one analyst as saying that he ‘feels he has no limits’. Norway plans to return thousands of migrants with valid Russian visas who crossed over their border with Russia on bicycle, many of them fleeing the Syria conflict.  President Vladimir Putin’s newly-appointed Internet adviser apparently has ties to a well-known illegal torrent website.

Igor Girkin, accused of being a Russian agent by the Ukrainian government, has spoken out about using ‘executions’ during his time in Slovyansk in 2014 to control looting. Gazprom says Ukraine now owes almost $32 billion for failing to take delivery of Russian gas in the third quarter.  A Duma speaker wants the European Union to impose sanctions on Kiev for violations of the Minsk agreement.  Crimeans on the whole are happy about Russia’s annexation, but feeling its neglect. ‘Crimea deserves more than it has got over the past two years […] it feels like we are Russia’s unloved stepdaughter,’ said former leader Leonid Grach.