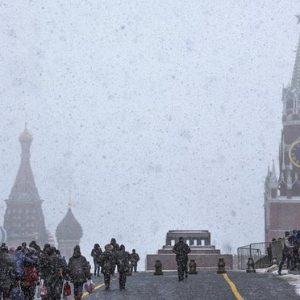 TODAY: Shaky ceasefire agreed in eastern Ukraine; positivity undermined by reports that Russia will recognise documents from rebel-held territory; Moscow behind plot to kill pro-Western leader of Montenegro, alleges new report; Senator Graham vows that Congress will punish Russia for its interference in elections; Kremlin claims to be nonplussed by lack of progress in bilateral relations under Trump; opposition figure leaves Russia after attack; MSF says it has evidence Russia was behind bombing of Syrian hospital.

In what Foreign Minister Sergei Lavrov has described as a ‘positive’ development, a new cease-fire has been agreed for eastern Ukraine.  However, Russia’s decision to recognise identity documents issued in separatist-held areas of the country has been described by Ukrainian president Petro Poroshenko as further ‘evidence of Russian occupation and violation of international law’.  The U.S. embassy in Kiev concurs, castigating Moscow’s move as ‘troubling and inconsistent with [the] agreed goals’ of the Minsk peace accords.  As Trump’s Russia ties continue to draw scrutiny, the New York Times reports that the President’s personal lawyer and a former business associate met with a member of the Ukrainian parliament last month to discuss a peace plan that would afford Russia control over separatist territories.  This report indicates that Russia was behind a plot to kill Montenegro’s pro-Western former prime minister in order to prevent the country from joining Nato.  Accusations of Kremlin intervention in France’s upcoming presidential election are rife and have been lambasted by the current foreign minister, who sees a suspicious pro-Russia slant in the campaigns of both right-wing pretenders to the throne.

U.S. Senator Lindsey Graham has vowed that Congress will put forward a bill to sanction Russia for its interference in the presidential elections, pledging that the year 2017 ‘is going to be a year of kicking Russia in the ass in Congress’.  The fact that Senator John McCain has also proved an indefatigable Putin critic has had a major impact on investor perspectives on Russia, says Forbes.  The Kremlin has denied that it is frustrated by the fits and starts in improving relations with Washington under Donald Trump; Sergei Lavrov says that Russia wants pragmatic relations with the United States but also is hoping for the creation of something more – a ‘post-West world order’.

Vladimir Kara-Murza, the coordinator for Mikhail Khordokovksy’s Open Russia organisation who was recently poisoned, has reportedly left Russia.  An investigation undertaken by Médecins Sans Frontiers in northern Syria has found evidence to support its claim that Russian and Syrian forces were responsible for the bombing of a hospital in which 25 people died.

PHOTO: Tourists walk along the Red Square by the Spassky Tower of the Kremlin in Moscow, February 20, 2017. (Alexander Zemlianichenko/AP)