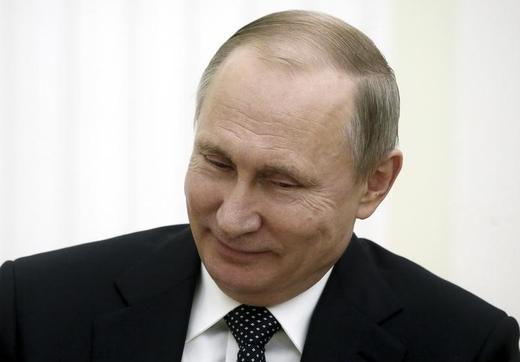 More trouble for Russian businesses in the wake of Michael Flynn’s firing: documents released by the Pentagon indicate that air cargo supplier Volga Dnepr has been blacklisted as “unsuitable” for military contracts after they were caught paying Flynn some $11,000. Apparently in 2015, Volga Dnepr had shipped “two Su-30MK2 attack aircraft to Da Nang, Vietnam, on behalf of Russian arms exporter Rosoboronexport.”

The third anniversary of Crimea’s “reunification” with Russia on Saturday was an emotionally important one for Putin, according to his spokesman Dmitry Peskov, who praised Putin as the one who made it all happen. “He was the one who undertook responsibility, who demonstrated the braveness – political and geopolitical. And he, probably, better than others realized consequences, which are bound to follow the decision.” He also described the annexation as “a rescue of the whole [Crimean] nation.” The BBC speaks to Crimeans who say that life is much better now that Russia is back in charge. The Crimean Prime Minister says Putin should be made president “for life”. Was it the annexation of Crimea that forced Russia back onto the stage as a global player? Prime Minister Dmitry Medvedev is not faking. He genuinely does have the flu, says President Vladimir Putin (who many people in Russia, most primarily Chechens, are apparently having frequent dreams about).

An indigenous reindeer herder in western Siberia is drawing attention to the fact that environmental protection for indigenous lands has recently been abandoned, in favour of oil drilling excavations that are severely damaging the ecosystem. “They poison us with filth and trick us.” A group of 100 LGBT rights activists are hoping to stage two rallies in Svetogorsk, Russia’s infamous “city without gays”, outside the mayor’s office. Moscow authorities will not permit an anticorruption rally planned by opposition leader Alexei Navalny, arguing that it would violate residents’ rights. Thousands demonstrated in St. Petersburg against the transfer for St. Isaac’s Cathedral to the Orthodox Church.  The growing popularity of Kremlin-backed media in Serbia is adding to EU fears about Moscow’s influence in the Balkans. One hundred and twenty British troops have arrived in Estonia as part of a NATO mission to deter Russian aggression.

Vladimir Evdokimov, a top Roscosmos official, has been found dead in his prison cell, where he was being held on charges of embezzlement. Amidst reports that the FBI is investigating links between Alfa Bank and the Trump Organization, the bank says the allegations are false, and based on faked DNS lookup requests planted by hackers. Reuters has found that at least 63 Russian citizens, including businessmen with political connections, have bought property in Trump-branded luxury towers in southern Florida, to the tune of $98.4 million.