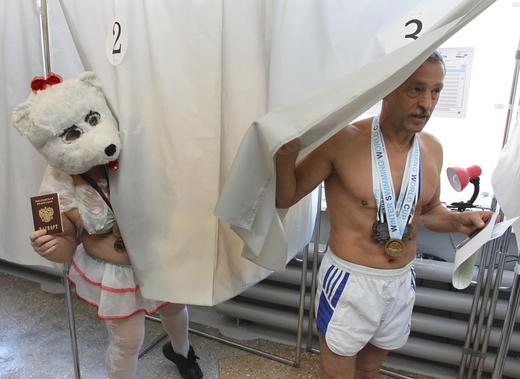 President Vladimir Putin struck a conciliatory tone after winning his fourth presidential term, vowing that Russia will do all it can to resolve diplomatic issues, and that he has no plans to “accelerate an arms race”, despite having unveiled new nuclear weapons as part of his pre-election campaign. At the final count, Putin won with 76.66% of the vote and 67% turnout – 64% more than Communist candidate Pavel Grudinin, who came second with 11.8%. The Central Election Commission confirmed that the result (which was announced alongside videos of alleged ballot stuffing) is an unprecedented, record high, and chairwoman Ella Pamfilova sarcastically thanked the West for drawing Russians out to vote: “Our people always unite when the chips are down,” supposedly referencing the ongoing row with the UK over the nerve agent attack on former spy Sergei Skripal in Salisbury earlier this month, although as yet, the UK has only issued sanctions, arguably letting Russia off easy. The Kremlin is insisting that the UK provide proof of Russia’s involvement in the Skripal poisoning, and that if it cannot, it must apologise for its allegations. EU ministers pledged their “unqualified solidarity” to London. A European Parliament party leader said the attack constitutes “modern war” and must be addressed.

The Organisation for Security and Co-operation in Europe released a statement denying that Russians were given free choice in the election of their new president, because “choice without real competition, as we have seen here, is not real choice.” The new German foreign minister said the “unsurprising” result would not change Russia’s status as “a difficult partner”. The Foreign Minister said it regretted the European Union’s “accumulated anti-Russian reflexes”. Russia now needs a new ideology, says Reuters, as it has become “hostage to Putin’s persona and his emergent ideology”. Bloomberg analyses some of Putin’s pre-election economy promises. Europe’s far right has been “straight out rejoicing” Putin’s re-election, claims this piece.

The head of data analytics firm Cambridge Analytica told the BBC that the company met with Lukoil executives on more than one occasion, but never actually worked for Russia. In honour of Putin’s re-election, Pussy Riot released a new song.

PHOTO: Members of the winter swimming club “Polar Bear” visit a polling station to cast their votes during the presidential election in the city of Barnaul, Russia March 18, 2018. REUTERS/Andrei Kasprishin