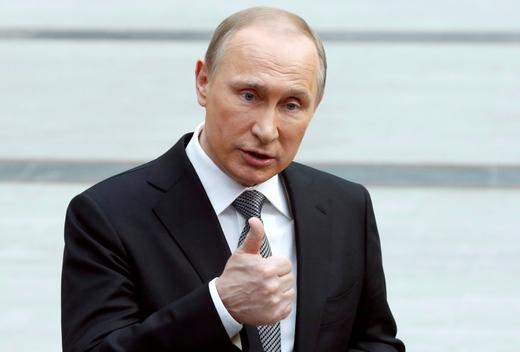 NATO is planning to discuss the ‘unsafe behavior’ of Russian jets in two separate aggressive buzzing of US vessels in the Baltic Sea last week, when NATO meets with Russia for the first time in almost two years later today.  Russia’s Constitutional Court has (for the first time) rejected a ruling by the European Court of Human Rights that would give prison inmates the right to vote in Russian elections, arguing that Strasbourg has no right to demand a change to the constitution.  Prime Minister Dmitry Medvedev acknowledges that Russia is in need of economic reforms, but says that none will be rushed through, arguing that ‘forced transformations would strengthen and lengthen the crisis phenomena’.  Medvedev signed an order that will force state-controlled companies, including Gazprom, to pay at least 50% of their 2015 earnings in dividends, in a bid to support the state budget.  Russians spent more than half of their monthly income on food, for the first time since 2008, thanks to falling real incomes.  Four candidates from Alexei Navalny’s Anti-Corruption Foundation have withdrawn from the municipal elections in Barvikha, as a protest against voter fraud. ‘What’s the point of participating if election day has not yet come and 30 percent of votes have been falsified?’  The Central Election Commission (CEC) has filed a request with the Prosecutor General to investigate multiple claims of violations in Barvikha.

Foreign Minister Sergei Lavrov says Russia and France are both dissatisfied with the current volume of trade turnover.  Russian trade with the US dropped by 28% last year.  Sotsium, a non-profit organisation that makes HIV preventative drugs, is the latest to be slapped with the ‘foreign agent’ label.  Ukrainian President Petro Poroshenko announced that he has reached an agreement with Vladimir Putin on the release of former Ukrainian military pilot Nadezhda Savchenko.  Mark Galeotti challenges the notion that Vladimir Putin is Russia, arguing that the President ‘reigns only so long as he can pacify, balance, and over-awe Russia’s sharp-toothed and unforgiving elite’.  The president of the World Jewish Congress thanked Putin for his efforts against anti-Semitism in Russia.