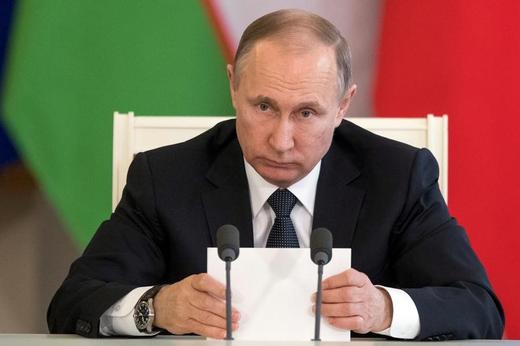 Former US officials have told Reuters that a Russian government think tank controlled by Vladimir Putin provided the framework and rationale for the plan to influence the US presidential election results last year in favour of Donald Trump. In response, the Russian Institute for Strategic Studies says it considers such allegations to be a joke. Exxon Mobil is reportedly seeking a waiver from US sanctions on Russia so that it can team up with Rosneft to drill in the Black Sea. Exxon declined to comment on the report. Putin celebrated the start of Rosneft’s oil drilling in the Arctic “as an act of homegrown ingenuity”, and is pushing energy companies to develop their expertise for drilling in the far North, with a estimated $20 trillion worth of oil and gas held in the Arctic shelf region, the FT reports. Nikolai Andrushchenko, a prominent Russian journalist and long-time critic of President Vladimir Putin and the Kremlin, has died in hospital in St Petersburg, following an attack in March, from which he never regained consciousness. His newspaper, Novy Petersburg, has published recently and extensively on corruption in the city and its links to organised crime. Roskomnadzor says Twitter has agreed to transfer its Russian users’ data to Russian servers by the middle of next year.

The Vladimir State University screened a short film comparing anti-corruption campaigner Alexei Navalny to Adolf Hitler, followed by a lecturer from an anti-extremism school who insulted the young audience for showing interest in Navalny. Prime Minister Dmitry Medvedev addressed the State Duma yesterday to give an annual report on the government’s performance last year. During the address, he said he expects next year’s presidential elections to produce a tough struggle “as it has been in any presidential election race”. He also promised that there would be no increase of taxes this year, and said that the economy had avoided a catastrophe despite low oil prices and Western sanctions. Russian arms exports totaled around $15 billion last year, he reported. A “mortgage factory” has been set up to help boost the Russian mortgage market by creating competition and lowering rates. Russia’s agriculture sector has not been damaged by sanctions, and Russia in fact became the world’s biggest exporter of grains last year, with production at a record 34 million tonnes. Ukrainian President Petro Poroshenko says US sanctions are the only thing keeping Russian tanks out of Central Europe.

GayRussia, the gay rights group, has filed a defamation suit against Novaya Gazeta for alleging that the group’s advocacy for gay rights in Chechnya led to the current human rights abuses against gay men there. The Moscow Times reports on the influence of the Internet on Russia’s youth.