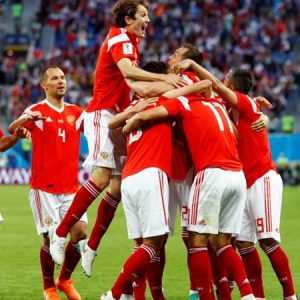 Opposition leader Alexei Navalny has described plans to increase the retirement age as a “real crime” and filed requests for protests to be held against the proposal in 20 cities that are not hosting the World Cup on July 1. The head of opposition party Yabloko’s Moscow’s branch, Sergei Mitrokhin, has been detained whilst holding a one-man protest again the plans. RFE/RL asks the people on the street for their views. The Kremlin has asserted it will not intervene to pardon jailed Ukrainian filmmaker Oleg Sentsov, who has been on hunger strike for a month and one week, despite international pressure. Presidential Spokesman Dmitry Peskov says Sentsov needs to initiate the pardon process himself. The US, which has been vocal in urging for Sentsov’s release,  has no “moral right” to demand that Russia free its political prisoners, says the Russian Embassy. As Washington exits the UN Human Rights Council, Russia’s permanent mission to the UN has suggested that the US is aggrieved it cannot use the council as a platform for its own interests; Moscow, meanwhile, has proposed its candidacy for membership of the Human Rights Council for 2021-2023. Human Rights Watch is calling for Russia to drop its charges against journalist Viktor Korb, who is accused of terrorism for publishing a 2015 speech that a Kremlin critic gave at his trial.

This week Vienna will hosting what should be a lively OPEC meeting; Russia is almost alone in advocating an increase in output. Apparently an executive with energy holding company Inter RAO has been arrested and charged with espionage for an unnamed foreign country. Despite its lack of economic growth and widespread complaints about wealth inequality, Russia has reportedly set a new worldwide record for growth in the number of dollar millionaires, according to the latest global wealth report.

He has said he will step down at the end of this term, but apparently more than 50% of Russians polled by the independent Levada Center said they would like Vladimir Putin to stay on as president after 2024.